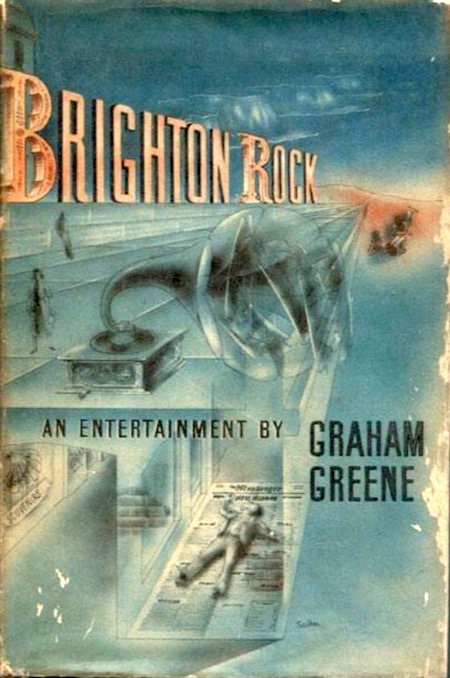 Considered by many Greene fans to be his best thriller, Brighton Rock concerns the quest of the bourgeois Ida Arnold to prove that the suicide of Fred Hale, a newspaperman who’d written about a gang of racketeers in the seaside town of Brighton, was in fact murder. Ida suspects Pinkie Brown, a teenaged sociopath who has assumed control of the gang; but when she attempts to get a witness — Rose, a naive young waitress — to tell the truth, Pinkie marries Rose. Pinkie’s gang is losing faith in him, his rivals are closing in… what will he do? There is a theological subtext to the story: Pinkie is a Catholic, and his beliefs about the nature of sin and the basis of morality are — we are given to understand — superior to Ida’s non-religious moral sensibility. It’s also an indictment of English mass culture, from popular newspapers to slot machines, soulless day trippers, and pop music on the radio.