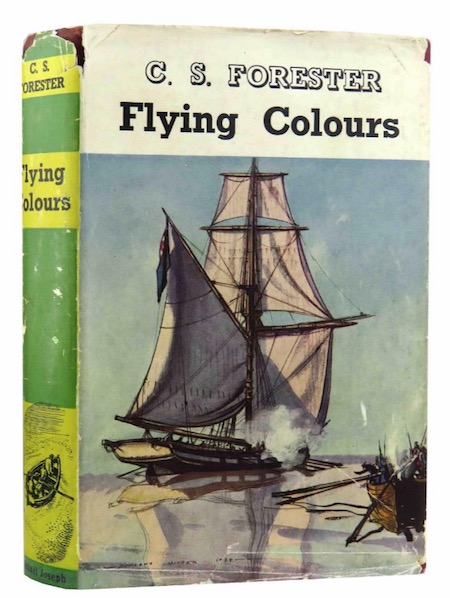 In this unusual Horatio Hornblower adventure, Hornblower has surrendered his ship, the Sutherland (after the Battle of Rosas Bay, recounted in the previous series installment, A Ship of the Line), and is now a prisoner in a French fortress. He and his first lieutenant, Bush, who lost a foot in the battle, are to be taken to Paris and executed on charges of piracy; even if he did make it back to England, Hornblower will face a mandatory court-martial for surrendering his ship. His wife, whom he doesn’t love, is pregnant. Along with the Sutherland‘s coxswain, Brown, Hornblower and Bush escape from their captors and find harbor with a sympathetic French nobleman… and his beautiful daughter-in-law. Will they ever make it back to England? Although there is some thrilling action along the way, this is a story about Hornblower’s character — his keen awareness of his own shortcomings, his dissatisfaction with glory.