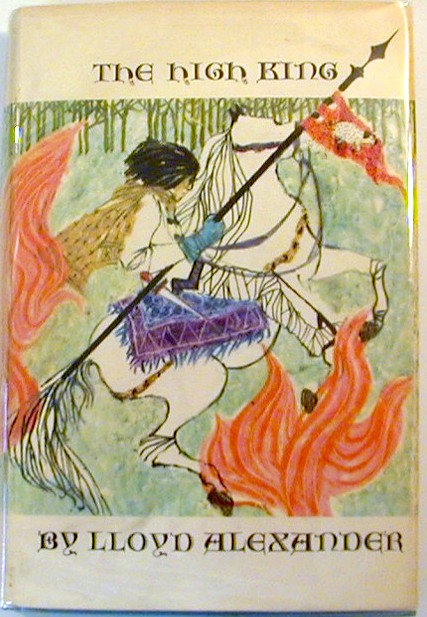 The final installment in Alexander’s terrific Prydain cycle begins shortly after the events of Taran Wanderer. Dyrnwyn, the magical black sword of Gwydion, Prince of Don, has been stolen by the necromancer Arawn. Tara, Gwydion, Eilonwy, Fflewddur Fflam, Gurgi, the hapless Rhun, and even the peaceful pig-keeper Coll head out to retrieve it. Their quest turns into an all-out assault on Arawn’s kingdom — the Fair Folk, the northern realms, and the Free Commots, the smiths and weavers whom Taran befriended while seeking his own identity, the creatures of air and land all flock to the banner of the White Pig. Characters we’ve come to know and love don’t survive; magic fades. What will become of Prydain — and Taran, Assistant Pig-Keeper?

Fun facts: The High King was awarded the 1969 Newbery Medal for excellence in American children’s literature.