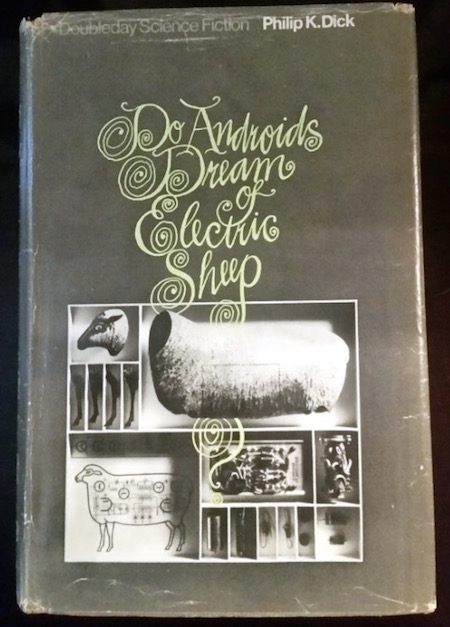 In a post-apocalyptic San Francisco, bounty hunter Rick Deckard is charged with “retiring” six escaped androids — one of whom, named Pris, moved into a derelict apartment building inhabited only by John Isidore, an intellectually challenged man who attempts to befriend her. Although there are plenty of thrills and chills here (for example, Deckard is seduced by an android whose mission it is to make it impossible for him to kill Pris), this is as much a philosophical novel about empathy as it as an adventure. The androids have no emotions — the only way that Deckard can tell them apart from humans is by giving them empathy tests. The androids, meanwhile, are on a mission to disprove a popular pseudo-religion called “Mercerism,” in which grasping the handles of an electronic Empathy Box allows you to “encompass every other living thing.” (“Mercerism is a swindle,” the androids insist. “The whole experience of empathy is a swindle.”) Deckard must prove them wrong… though he begins to wonder whether he, too, is an android.