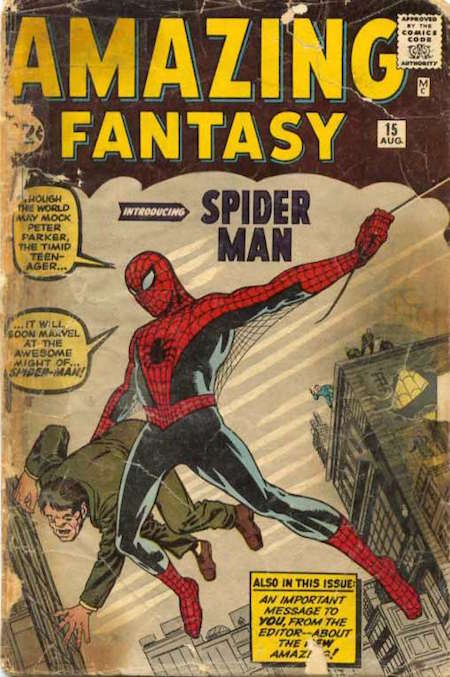 Lee and Ditko — borrowing ideas from pulp fiction and Jack Kirby — introduced the Spider-Man character in August 1962, in Marvel’s anthology comic Amazing Fantasy. Unlike most other superheroes of the time, who disguised their true (superheroic) identities by pretending to be un-extraordinary working stiffs, Peter Parker’s true identity is an awkward, nerdy teen who lives with his elderly aunt in Queens. “The Amazing Spider-Man” is a schtick — borrowed from the world of wrestling — allowing the nebbishy Parker to act like a suave, tough hero. It doesn’t work: He’s considered a menace by the police and the general public. An ingenious conceit! Comic-book readers could relate. A solo series followed, beginning with The Amazing Spider-Man #1 the following year.