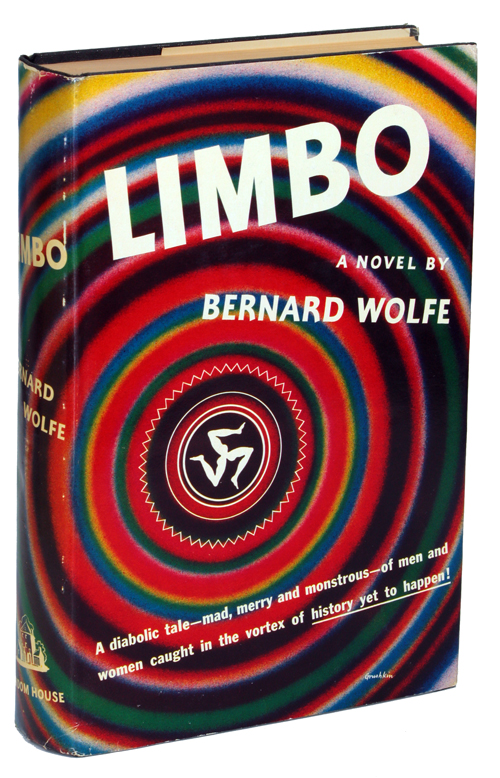 Limbo is: a tedious, aggravating work of genius; a post-apocalyptic antiwar treatise that is skeptical of pacifism; and a serious novel of ideas written by an inveterate punster. In 1990, after the cataclysm of WWIII has wiped out Paris, London, Rome, and other cities, the diary of a disillusioned brain surgeon is discovered. Dr. Martine’s irreverent, sarcastic notions — e.g., disarmament taken to a literal, amputational extreme — wind up providing an ideological basis for an absurdist worldwide movement. The disarmament movement has split into two factions: one remains helpless (paraded in baby carriages by their wives or mothers); the other replaces the missing limbs with powerful artificial ones. Martine’s peaceful Indian Ocean island home is invaded by cyborgs from the latter movement, who seek a rare metal — one thinks of “vibranium” — to power their limbs. He seeks to preserve the island… but he’s not a sympathetic character, as his lobotomization practice and misogynistic stream-of-consciousness fantasies demonstrate.

Fun fact: Limbo is considered one of the first novels about cybernetics, and it’s been described as a precursor of both the New Wave and Cyberpunk sci-fi movements. J.G. Ballard called Limbo “one of the books that encouraged me to write SF.”