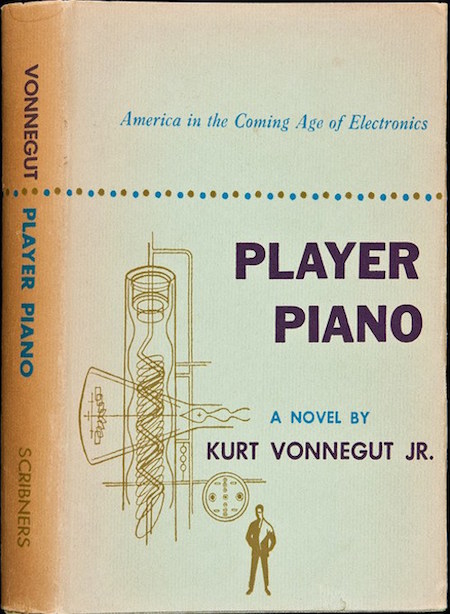 During WWIII, while the American (male) workforce was fighting overseas, out of necessity American engineers made tremendous strides in automating most manual labor. Today (in the near future), most Americans are either busy and fulfilled engineers and managers, on the one hand, or discontented idlers, on the other. Paul Proteus, successful and contented manager of the automated Ilium Works, is the son of one of the men who created this new economic and social order; although he’s inherited his father’s reputation, he harbors secret doubts. An anthropologist and Episcopalian minister, Reverend Lasher, persuades Paul that life without meaningful work is boring and inhuman; Paul begins to fantasize about quitting his job and living off the grid. During a retreat for elite engineers, Paul quits his job — at which point Lasher’s secret organization begins to use him as a messianic figurehead for their anti-technology revolution. What will transpire when the revolution begins?

Fun fact: Vonnegut’s first novel was inspired by Brave New World, as well as by his own postwar experience working at General Electric. At the time, he didn’t want it classified as “science fiction.”