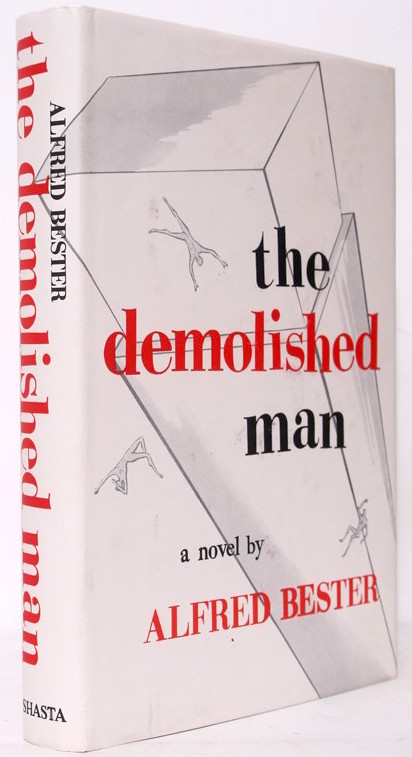 A cartoonish but far-out police procedural — one in which we immediately learn who the murderer is. In the year 2301, telepathic police operatives (“Espers,” or “peepers”) have made premeditated murder impossible; there hasn’t been one in decades… until Ben Reich, a megalomaniac industrialist, decides to murder his business rival, D’Courtney. He enlists the support of a renegade Esper, who not only assists with the plotting and execution of the murder, but teaches Reich a maddening jingle — an earworm — that will prevent anyone from prying into his mind. Enter Lincoln Powell, Esper and police prefect, who uses his network of peepers to help him obtain evidence, while racing to find D’Courtney’s daughter, an eyewitness to the murder, before Reich does. There’s plenty of action and high-tech gadgetry — including flash grenades that destroy the retinas of on-lookers, and “harmonic” guns. If Reich is caught, he’ll be subject to “demolition,” in which the offender’s personality and memories are extracted….

Fun fact: Winner of the first Hugo Award. In 1959, Thomas Pynchon applied for a Ford Foundation Fellowship, proposing to adapt The Demolished Man as an opera. His application was denied. 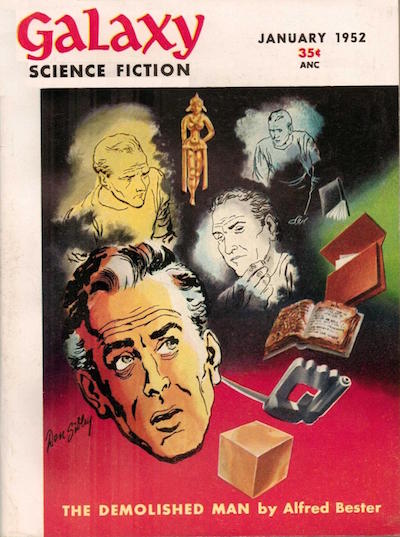