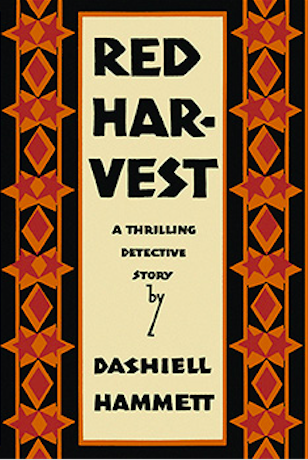 The Continental Op, a short, overweight, cynical private investigator employed by the Continental Detective Agency’s San Francisco office, is one of literature’s first hard-boiled detectives — the prototype for Raymond Chandler’s Philip Marlowe and Hammett’s own Sam Spade. (The character made his debut in Black Mask in 1923; Red Harvest is Hammett’s first novel.) Called to a corrupt western town — modeled on Butte, Montana — the Op agrees to help Elihu Willsson, a local industrialist, rid the city of the competing gangs who Willsson invited there in the first place. He also investigates the murder of Willsson’s son, a local newspaper publisher. The Op starts a gang war — pipe bombs, arson, gun fights, and corrupt cops galore — but he’s framed for the murder of a gangster’s moll. Even his own agency isn’t sure he’s innocent! 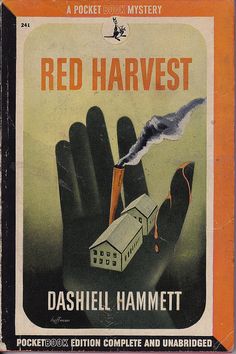