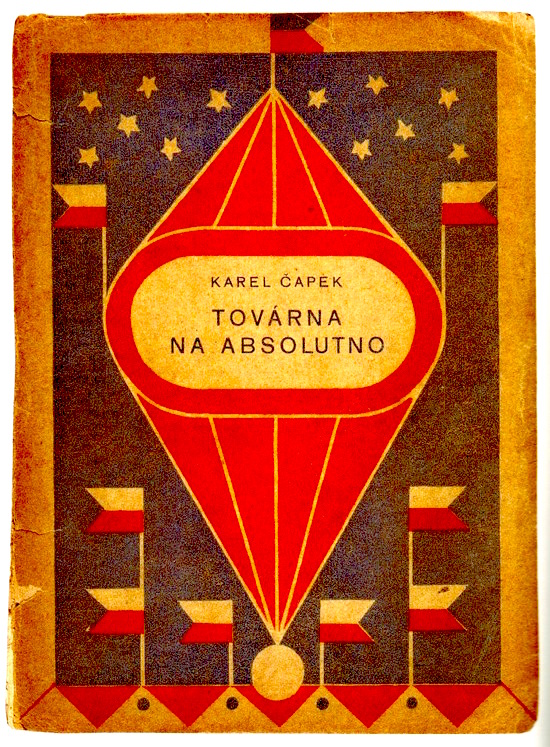 In the near future, a Czech scientist invents “perfect combustion,” and an industrial concern starts manufacturing an atomic reactor that provides cheap energy — with an unexpected byproduct: the Absolute, the spiritual essence that permeates every particle of matter… or did, anyway, until matter began to be annihilated by the super-efficient Karburetor. As they’re released from imprisoning matter by efficient Karburetors and Molecular Disintegration Dynamos cranked out in the thousands by Ford Motors (the novel’s Czech title means “the factory of the Absolute”) and other manufacturers around the world, God-particles infect humankind with wonder-working powers and ecstatic religious sentiments. What’s more, the Absolute begins operating factories itself, producing far too many finished goods for anyone to consume. As a result, economies collapse, unemployment is universal, and fanatical sects whose -isms (including rationalism, nationalism, and sentimentalism) are religious only in the broadest sense do battle. Every country is drawn into the Greatest War, during which atomic weapons are deployed and civilization collapses.