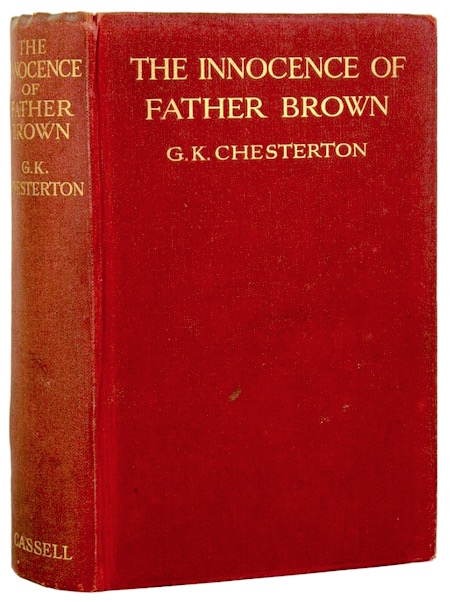 Chesterton’s Father Brown character — a plump, unassuming Roman Catholic priest — is, in important ways, the anti-Sherlock Holmes. He is modest, empathetic, un-dashing and un-athletic. Like Holmes, however, he has made a lifelong study of evildoers: “Has it never struck you,” he demands, in his first outing, “that a man who does next to nothing but hear men’s real sins is not likely to be wholly unaware of human evil?” In this first collection of Father Brown stories, we also meet Aristide Valentin, head of the Paris Police, and Flambeau, the world’s most famous criminal; both characters, at times, will be Brown’s friends and foes. In “The Blue Cross,” the first Father Brown story, Valentin attempts to prevent Flambeau from robbing Father Brown; but Father Brown remains one step ahead of both men the entire time. What is Father Brown’s method? H puts himself imaginatively into the minds of criminals. He also relies on casuistry — the resolving of moral problems by the application of theoretical rules to particular instances. That is to say, he is prejudiced!