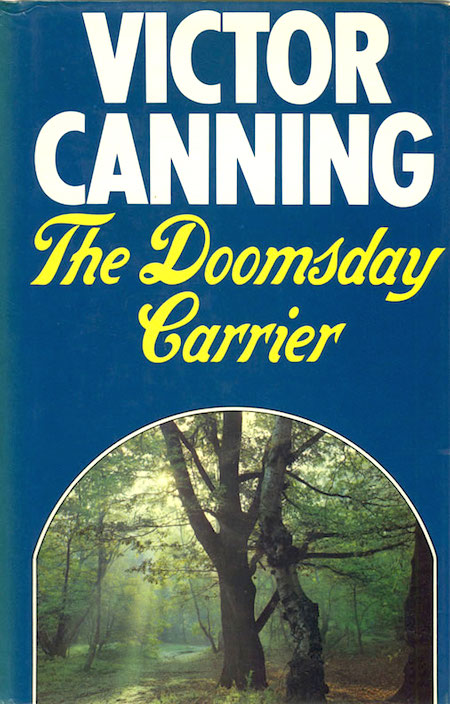 Aficionados prefer Canning’s oddball 1970s thrillers to his previous, better known works because, after an emotional crisis in the late ’60s, he began writing stories whose subjects were meaningful to him — in which the good guys were the bad guys. John Rimster is an agent of the British Secret Service’s dirty tricks department; he’s assigned to look after Jean Blackwell, a research assistant from a biological warfare research establishment… who has infected a chimpanzee with a modified plague bacillus, then inadvertently allowed it to escape from the laboratory. While keeping the story under wraps, the government must find Charlie the chimp within three weeks! Charlie, meanwhile, is having a glorious time exploring the English countryside. Rimster, I forgot to mention, is an alcoholic. Does he still have what it takes?

Fun fact: Canning makes his opinion clear: “Everyone was happy, particularly the apes in dark suits who might one day for political or military reasons decide to use the silent weapon of plague to avoid the open and honest brutality of the sword.”