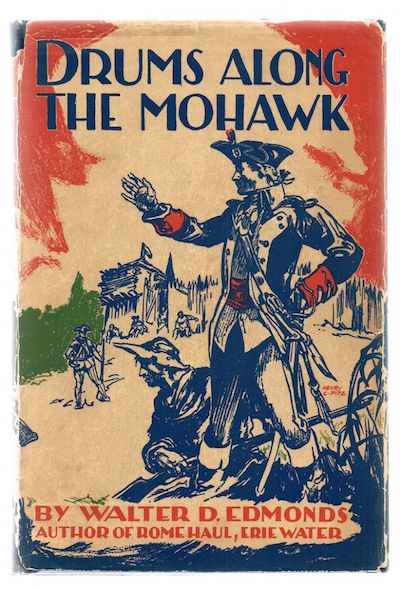 During the Revolution, Gilbert and Lana Martin, settlers in New York’s Mohawk Valley (between the Adirondacks and the Catskills), endure Indian attacks, houses burned, babies lost, while working their land and fighting a war whose cause they don’t fully comprehend. British, Canadian, and Tory rangers, along with Iroquois warriors, terrorize the settlers. General Nicholas Herkimer, an actual historical figure, is an important character. The story hasn’t aged well, in certain respects: the dialect spoken by the black and Indian characters is excruciating; the female characters are two-dimensional. Still, the Battle of Oriskany, which thwarted British Gen. St. Leger’s advance on Albany, the sack of Cherry Valley, and the Attack on German Flatts are recounted in thrilling detail.

Fun fact: A huge bestseller, written in the Realist style… toppled only by Gone With the Wind. Adapted into an excellent 1939 John Ford movie. A selection from this novel — “Escape from the Mine” — was collected in the The Pocket Book of Adventure Stories (1945), one of my favorite story collections ever.