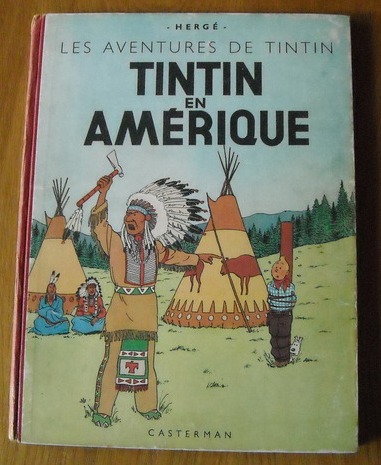 In the third volume of The Adventures of Tintin, the young reporter-adventurer and his dog, Snowy, traverse a European fantasy version of America — one populated by murderous Prohibition-era gangsters and primitive Wild West-style Indians. The action is non-stop: Tintin captures members of Al Capone’s mob, but corrupt Chicago police let them get away; Capone’s rival, Bobby Smiles, attempts to hire Smiles… but Tintin has Smiles’s gang arrested. Tintin pursues Smiles to a Midwestern town (offensively named Redskin City), only to be captured by a Blackfoot tribe who plans to execute him. Tintin escapes, evades a lynch mob and a wildfire, and captures Smiles… but then Snowy is kidnapped! What next?