Last month, I was interviewed by a college student. Here’s an imperfect transcript of that conversation… 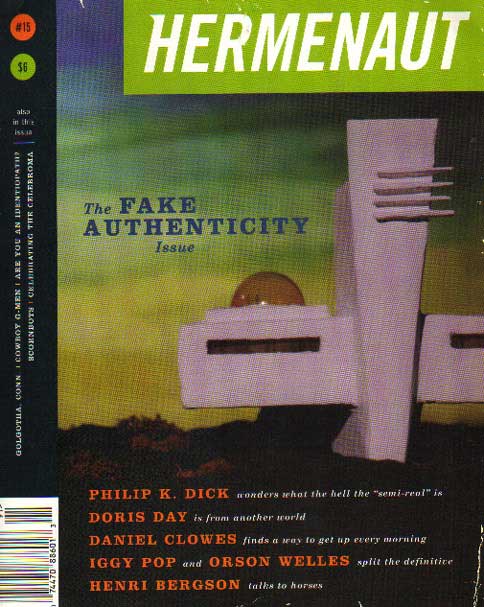 Q. Can you provide a little background on your career path as well as your area of study/research?

A. I’m a writer — although I don’t freelance much any more, in recent years I have coauthored or co-edited five books. I’m a semiotic brand analyst. I publish the blog HiLobrow.com. Last year, I started an imprint called HiLoBooks in order to reissue 10 forgotten science fiction novels. I’ve worked in journalism — I was an editor and columnist and blogger for the Boston Globe for several years. I’ve been a magazine editor (Utne Reader), a dotcommer (I was editorial director of Tripod.com), and in the ’90s I published an independent magazine called Hermenaut. Every now and then I collaborate with someone who interests me on a project — like Significant Objects, with Rob Walker; or the app Ker-Punch! with Rick Pinchera.

I’m interested in too many topics to be able to say that I have an area of study/research, but I think that if I had gone into academia I would have done research in the History of Ideas area.

Q. What inspired the founding of Hilobrow.com? Could you describe the process (including obstacles or highlights) of creating this blog?

A. I worked at the Boston Globe from 2002–2007, during which time I started the blog BRAINIAC for the Globe’s IDEAS section. After I stopped blogging for BRAINIAC I missed the pressure of a daily deadline — so I wanted to keep blogging. Also, 2009 was the 10th anniversary of the demise of my zine Hermenaut, which I’d started because I wanted to force myself to keep reading, thinking, and writing even though I was no longer in school. HiLobrow.com forces me to keep reading, thinking, and writing. It was also an opportunity to collaborate with friends, like Matthew Battles, who helped me start HiLobrow; and Peggy Nelson, who was HILOBROW’s Arts editor for a long time.

Obstacles: Fewer than publishing Hermenaut, because there is almost no overhead — though I do pay HILOBROW’s contributors a small amount. Highlights: Working with really talented contributors. As much as I enjoy writing, I also really enjoy editing and publishing.

Q. The following quotation by George Orwell seems to have inspired the philosophy behind Hilobrow: “Neither highbrows nor lowbrows nor midbrows, but elastic-brows.” Could you discuss your thoughts on this quotation? 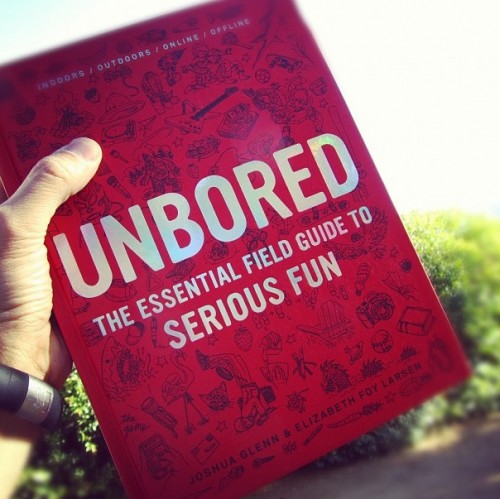 Q. The New York Times wrote the following about your book Unbored: “Fighting the war against techno-passivity, it reads like an old-fashioned child’s activity book for a modern Gen-X parented family.” Can you discuss the concept of techno-passivity? What does it mean?

A. The Times came up with that phrase, not me. The idea there is that kids today spend too much time passively staring at a TV or videogame or computer screen instead of actively exercising their imaginations — not to mention exercising their bodies outdoors. The Times is correct that Unbored, which I co-authored and co-edited with Elizabeth Foy Larsen, is full of activities and ideas that encourage kids to get off screens and get outdoors. But it’s not as anti-technology as they seem to think. Elizabeth and I aren’t hypocrites — our own kids enjoy some screen time, and so do we. 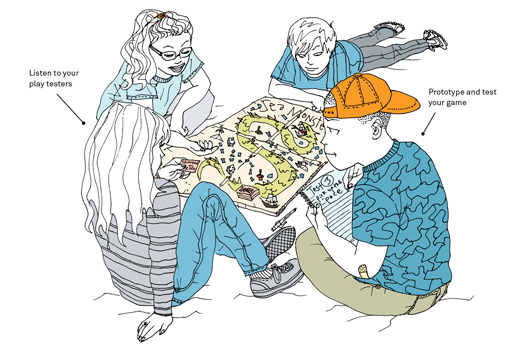 Q. What is the goal or main message of Unbored?

A. Invent, grow, and build stuff. Hack, modify, and fix stuff. Get mobile. Plug into the world. Seize control of your time. Study history, in order to see that the stuff we consider natural, permanent, and inevitable is none of those things. Transform your world. Find a scene. Experiment. Break free. 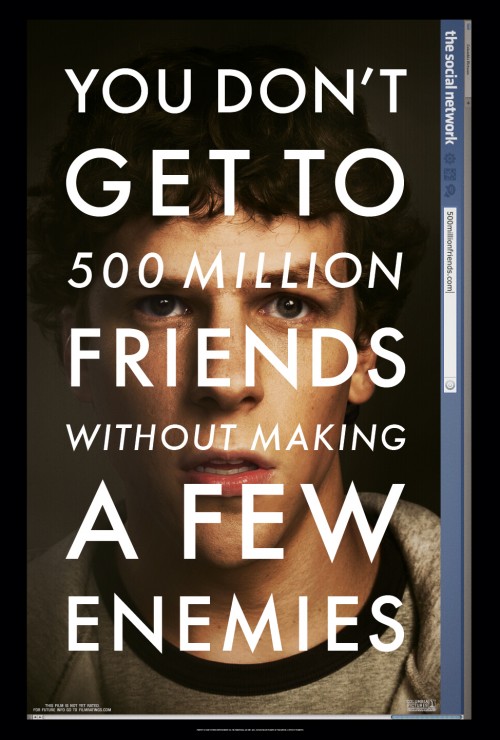 Q. What differences are there between how Gen-X and Gen-Y treats social media? How about differences between the two generations’ perception of high and low culture?

A. If you click on the “Generations” navigation button at HILOBROW, you’ll see that one of my side projects is re-periodizing the generations. I don’t accept the usual breakdown that journalists feed us. Where they see a “Generation X” and a “Generation Y,” I see several distinct generations. There’s my generation, born from 1964–1973, for whom social media is something that we invented — so we’re neither scared of it nor do we take it for granted. There’s a generation born from 1983–92, who are using social media in fascinating ways to benefit the real world. There’s a generation in between the two — born from 1974–82, who I think tend to take social media more or less for granted. And if you’re born after 1992, I don’t pretend to have an opinion about how you use social media — it’s too soon to tell. My own kids, for example, aren’t very interested in Facebook or Twitter.

You also ask about high and low culture, and how different generations perceive it. I’m not sure that’s a phenomenon that breaks down along generational lines. I think that within each generation, most people are middlebrow. Some people are defiantly highbrow or lowbrow and think you have to choose between the two. And a tiny minority of each generation is a high-lowbrow, or what Orwell calls an “elastic-brow.” 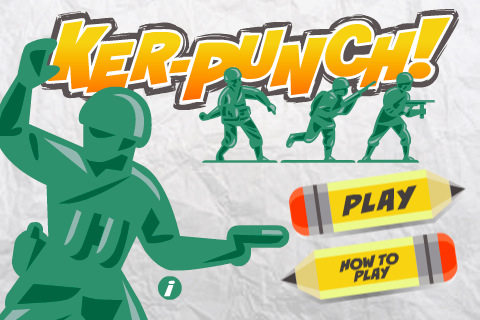 Q. What inspired the creation of your app Ker-Punch!?

A. Ker-Punch! is an app I developed a few years ago with a friend, Rick Pinchera, who illustrated and designed apps for PBSKids.org. I grew up playing this paper-and-pencil game in the back of the classroom, and it occurred to me that it would make a good app, and my friend agreed. That’s one of those side projects I mentioned earlier.

By the way, my side projects almost never make a profit; I support them by doing semiotic brand analysis. 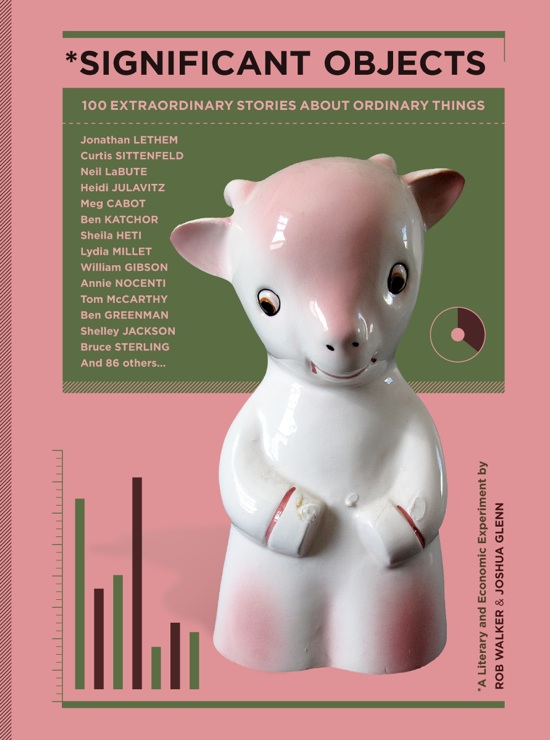 Q. The Significant Objects project is fascinating. You’ve created a “literary/economic online experiment” and put it on a widely available form of social media (Tumblr). Do you believe that this increased accessibility adds literary value? Why?

A. You’re mangling the premise of Significant Objects slightly, but that’s quite normal. It’s a tricky concept. Rob Walker and I asked a question: “Can a great story transform a worthless trinket into a significant object?” We already knew the answer was yes, anecdotally — because, say, if a hurricane was headed towards your house you’d be less concerned with saving your expensive possessions than you would your personally significant possessions, and those things are significant to you because of personal life stories associated with them. We wanted to demonstrate that the answer was yes in a measurable fashion — so we recruited writers to tell stories about junk we’d found at yard sales and thrift stores. We sold those objects on eBay using the stories as clearly fictional “item descriptions.” Doing so, we raised the value of those objects a thousandfold.

Rob maintains a Significant Objects Tumblr, but that’s just a spinoff of the project. 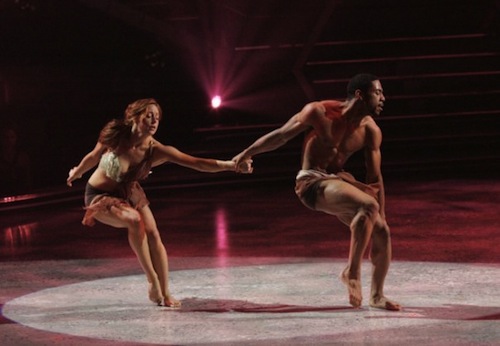 Q. One of the areas of “high culture” that I’m exploring in my article is the world of dance. In an article on avclub.com, So You Think You Can Dance is celebrated as “a sort of ambassador for the art form [of dance] to the viewing public”. Arguably, over the past 10 years, television shows such as SYTYCD have brought the world of dance more to the foreground of pop culture. Would you agree or disagree?

A. It’s impossible to disagree with your question — yes, SYTYCD has raised the profile of dance in American culture. I love that show, it’s the only contest-type show I watch. Is it making highbrow culture widely accessible? Not really — except for the modern dance segments, there’s nothing highbrow about the show. Is it good lowbrow fun? Depends on the choreographer and the dancers. At the show’s best, the answer is yes. The modern dance is sometimes amazing, and when it is, then I think the show is doing a service in making highbrow culture accessible.

Too much of the time though, the modern dance segments are middlebrow — larded up with the same sentimentality and uplifting messages every time. 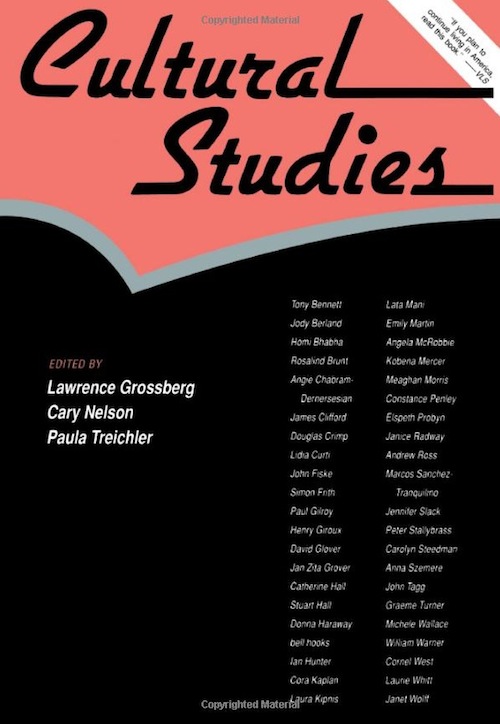 Q. What other art forms do you believe have moved from “high” to “low” culture in the past decade? Is there a common reason why?

A. I think the trend has been in the opposite direction over the past half century — when I was in college in the late ’80s, lowbrow culture was being celebrated by cultural studies theorists. They thought they were being “transgressive” by studying Star Trek fanzines and Buffy the Vampire Slayer or whatever, but almost all of the time they were just slumming. Philosophy is an example of a highbrow discipline that has been aggressively dragged into the wider culture, in recent decades — by writers like Alain de Botton, and editors of books like The Philosophy of The Simpsons.

I’m all for the engagement of philosophy and pop culture — that’s what Hermenaut was about. But mostly what you get is middlebrow junk. 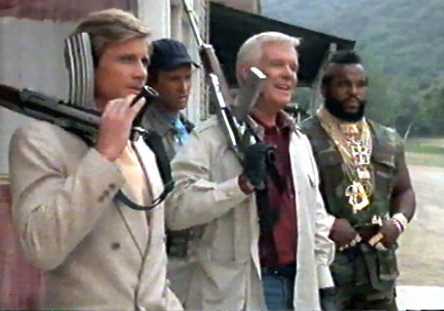 Q. I read the following on Hermenaut.org: “There is… a sense that consumer culture has achieved a certain apogee with their own generation — the first for whom television, thoroughly embedded in the cultural landscape, has become the chief source for just about every kind of information, art, and entertainment.” Can you elaborate on this?

A. You’re quoting from an American Prospect article published in 2000 about my zine Hermenaut, comparing it to journals like The Baffler and McSweeney’s. The author was suggesting that members of my generation — born from 1964–1973 — were confronted by an American culture that was worse than culture had ever been before: stupider, crasser, more commercialized. Who knows if that’s true? It’s true that Hermenaut was critical of mainstream culture — but not critical of pop culture per se.

The problem with middlebrow is that it camouflages itself as pop culture, when it actually isn’t “popular” in the sense that, say, culture you or I might make ourselves is popular. Middlebrow is mass-produced, not popular.