Our friend Jascha has another science fiction music video out, as of today. It’s for his song, “The Future,” a ballad of time travel and lost love. (We announced the first video from Jascha’s new album, The Future Limited, here.)

In the future when forgetting was forbidden
They took a tiny little kitten and they cut him up
I was dumbstruck but I was powerless to say so
Cause the agents in the elevator shut me up
I said: “Sweetness, take the children to the car”
You said: “Leave us, cause we need you in the future” 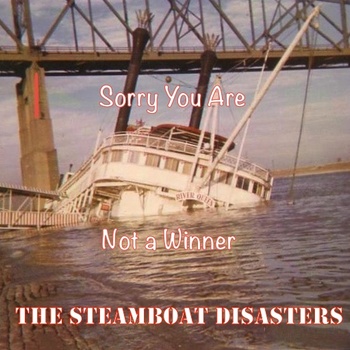 Our friend Joe Keohane (who wrote about Nobrowmanship for us, last year) plays bass with The Steamboat Disasters. Listen to a song from their forthcoming debut album. “No News is Good News (When You Die Without the Lord) is a rarity: a gritty, hard-swinging country song that celebrates atheism.