Dress fabrics of the 1940s and ’50s, made from rayon and bark cloth, were animated by an array of designs, illustrating whimsical scenic vignettes or abstract patterns suggested by natural forms. Each of these patterns had a story to tell. Innovation in science — many of the 4CP comics were produced during the so-called Atomic Age — motivated craftspeople, artists and designers to explore new visual forms, revealed to the eye by technologies like x-ray crystallography. Here’s an example of dress fabric produced by designers S.M. Slade, inspired by the crystal-structure diagrams of atoms in matter drawn by crystallographer Dr. Helen Megaw in 1951. 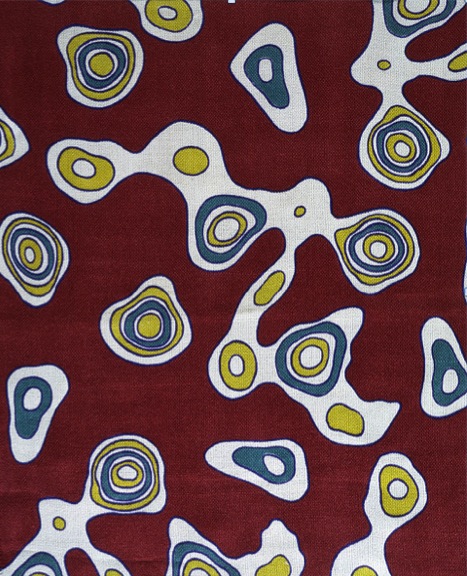 Here are some examples of comic swatches from 4CP that would make great fabrics. 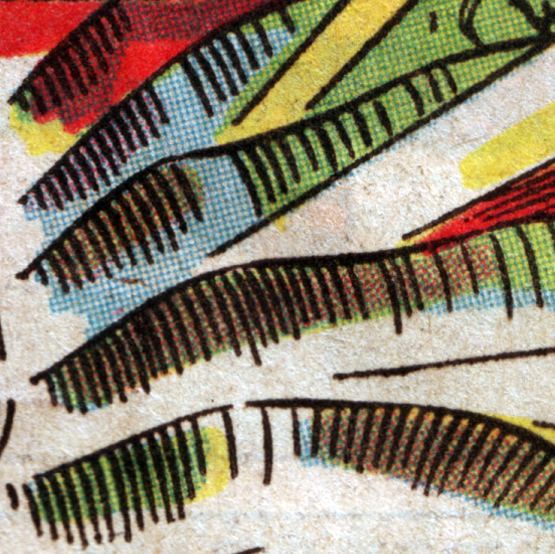 See All Posts by Kristin Parker

From a very young age, Kristin found herself obsessed with discovering the stories behind objects, often accompanying her aunt to country auctions up in Vermont, and writing stories about the objects she purchased. Skipping school to visit to museums and libraries, she became a museum specialist, caring for the collections of the Isabella Stewart Gardner Museum (Boston) and The Rose Art Museum (Brandeis University, Waltham). Certified in “First Aid to Cultural Heritage in Times of Crisis” (ICCROM/Smithsonian/Prince Claus Fund), she works to preserve heritage at risk. Currently she is developing curriculum for preservation training for heritage keepers in Bamako, Mali.