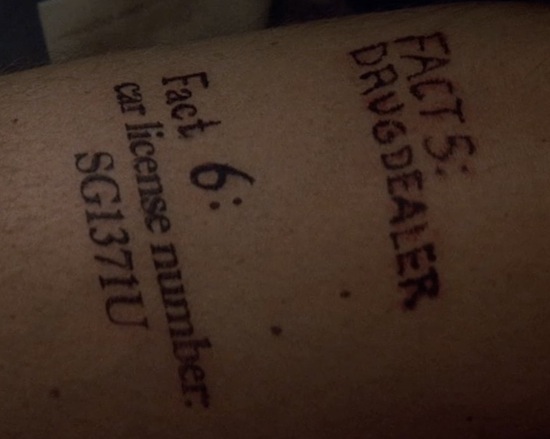 It’s the ultimate terror: The number of people with Alzheimer’s and other age-related dementia will double in the next 20 years. And we’re starting to see more horrific tales about forgetting, or people losing their personalities. Welcome to Alzheimer’s horror.

Only one horror movie involves Alzheimer’s directly. In Renny Harlin’s Deep Blue Sea (1999), scientists are trying to find a cure for Alzheimer’s. So they genetically engineer SUPER SHARKS with amazing brains. What can possibly go wrong? 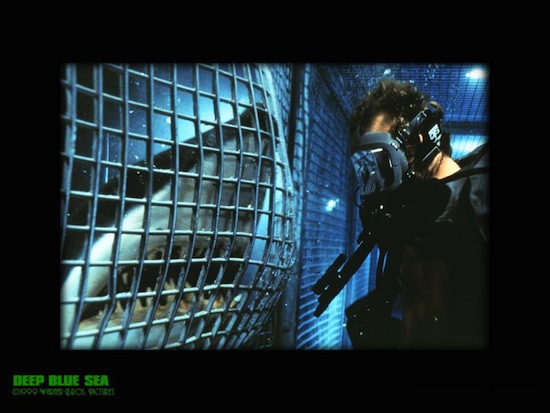 But Deep Blue Sea just uses Alzheimer’s research as a plot device. If you’re looking for stories that play on our fears of Alzheimer’s, and what it means to our tenuous grasp of personhood, you have to look a bit further afield. And as Sir Michael Caine says, Alzheimer’s is scarier than any shark, no matter how big. 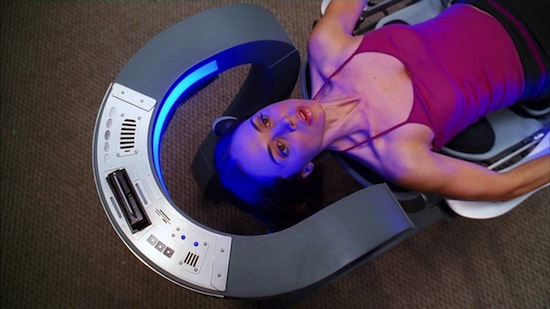 I have a vague but vivid memory of reading a comic book (or maybe seeing a TV show) with baddie who exults in erasing people’s memories, and says things like, “I just took your memories of your mother,” with a smirk. (I think it’s a recent issue of Green Lantern Corps. by Dave Gibbons, et al., featuring a baddie with mental powers. Although, someone reminded me that the Surgeon General does something similar in Give Me Liberty by Frank Miller and Gibbons.)

In any case, there are lots of other examples of recent stories about mind-erasure. Dollhouse is an obvious example, which asks explicitly what’s left of us after our memories have been stolen away. (The show comes up with a moderately hopeful answer, over time: there’s still something that remains even after our minds are gone, although it’s hard to define.)

In Heroes, the Haitian is a walking plot device who shows up and zaps some of your memories whenever HRG or someone else needs a little memory lapse — then wanders off to do his own thing. But there is that one super-creepy bit where HRG is interrogating his former mentor in Russia, and he gets the Haitian to zap bits of the mentor’s memory, piece by piece, gloating the whole time. You get the full scariness of being unable to remember your mother, or your wife, or other bits of your past.

Torchwood season two had Adam, the guy who insinuates himself into your memories. Smallville had Lex getting some super-advanced electro-shock therapy, which erased seven months of his memory, and being shattered as a result. DC Comics grappled with the ethics of the magician Zatanna erasing people’s memories in “Identity Crisis.” Acheron Hades in the Thursday Next series has shown a propensity for zapping people’s memories as well. Various X-Men have gone around zapping memories of late, including Rogue, Professor X and Jean Gray. (And in
one recent X-Men comic, Emma Frost sadistically erases an assassin’s only happy memory, vowing to do worse if the assassin comes back. In Mark Millar’s Authority issues, the Evil Doctor also gets off on nuking people’s memories. 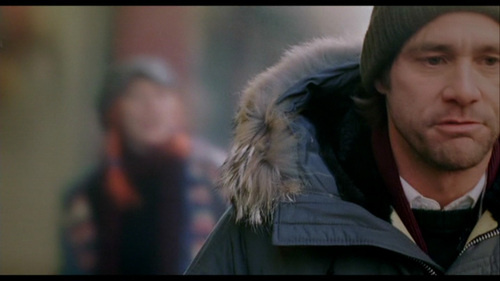 The 2001 movie Time Lapse features someone who’s been dosed with a memory-erasing drug, rushing to stop an evil nuclear scheme before his memory goes away completely. Eternal Sunshine Of The Spotless Mind featured people paying to have memories selectively erased, only to discover how terrifying that is in practice. And Dark City was all about people’s memories being rearranged every night.

I feel like this is just scratching the surface — there’s a lot of fiction right now talking about how fragile your memories are — and how, if they go, what’s left may or may not be recognizably “you.”

And then there’s the fact that we’re seeing a proliferation of zombie movies, which are all about people who are falling apart physically and have lost all of their personality and sense of identity. As someone who’s lost a few close relatives to Alzheimer’s, slowly and horribly, it’s easy for me to recognize how zombies are a metaphor for this dissolution of the self. People with Alzheimer’s are still conscious and aware, they still move around and seem to respond to stimuli, but as disease progresses they get less and less capable of reasoning or having any kind of meaningful interaction with anyone around them. It’s heart breaking and horrible — the person you knew is still there, but no longer really him- or herself.

As I pointed out a while ago, the zombie movie which comes closest to depicting the awfulness of losing a parent to Alzheimer’s is Peter Jackson’s Dead Alive, which is also sometimes called Braindead.

Quasi-zombie movie I Am Legend even makes the link clearer by showing that the “zombies” still have vestiges of humanity and are capable of caring about each other. In the movie’s original ending, Robert Neville is able to get through to the zombies and help them remember they used to be people — he comes up with a cure for their condition, and is able to get through to them. Because their real problem isn’t that they’re feral or mindless — it’s that they’ve forgotten themselves.

The movie Fido also plays with this fairly explicitly, by having the main character’s dad become a docile, enslaved zombie by the end. He’s still recognizably the same old dad, but the biggest change is that he’s lost most of his mind. 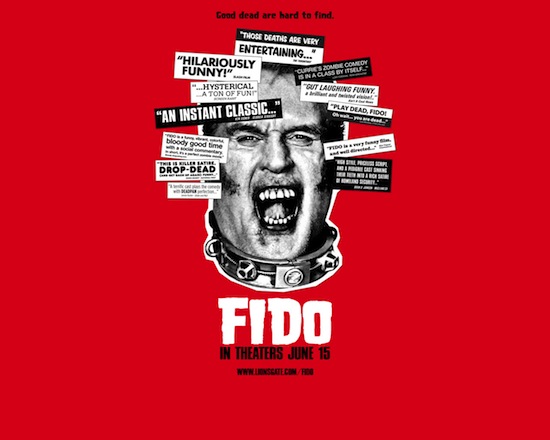 Obviously, a huge part of the zombie fad simply comes from the fact that they’re a cool way to have an apocalyptic scenario — they’re unstoppable and nasty, and if they bite you, you’re screwed. They have many of the hallmarks of a good monster: loud, relentless, biting, overwhelming. But at the same time, as the zombie genre continues to expand and diversify, people are using zombies as metaphors for a bunch of different things — and one of those things, clearly, is having a loved one disappear, inexorably into the mists of forgetting.

So if it’s true that we’re only just seeing the beginning of the onslaught of dementia in our rapidly aging societies, you can expect to see more fantastical and science-fictional stories that attempt to capture the madness of it all. No monster can ever be as scary as Alzheimer’s… but some monsters can help us come to terms with it.

Because we dig the sci-fi blog io9, HILOBROW’s editors have curated a collection of critiques by one of our favorite io9ers: Charlie Jane Anders. This is the seventh in a series of ten. This post was first published on October 28, 2009.