Why do space explorers always wind up meeting some crappy pantheon? It never fails. You’re cruising along, fighting monsters and bedding your crewmates (or vice versa), and then all of a sudden some annoying guys in tunics are talking Big Talk and rewriting reality to suit their moronic whims. As Crichton from Farscape says, “Godlike aliens! Man, do I hate godlike aliens. I’ll trade a critter for a godlike alien any day.” Amen, Crichton. Amen. Here’s my roundup of the most annoying space gods, with only one example from Star Trek. 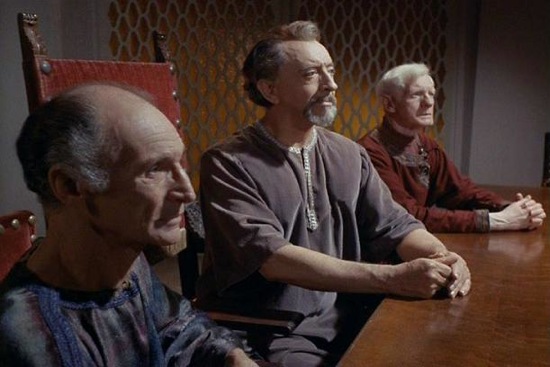 The Organians (Star Trek.) Okay, so Trek is chock full of annoying space gods, from Squire Trelaine all the way up to Q. But the Organians are the worst. For one thing, they’re totally passive-aggressive. They’re like, “Oh, hurt us, we like it.” And then when you get too feisty, they turn around and burn your hands off. And they literally wear tunics and have crappy beards. But worst of all, they’re gods with ADD. It’s like, “We forbid you and the Klingons to fight ever again. We’re going to be WATCHING y — hey, is that a quarter? It was shiny! I think it rolled that way. Where did it go?” And then you never see them again, except for one prequel appearance on Enterprise. 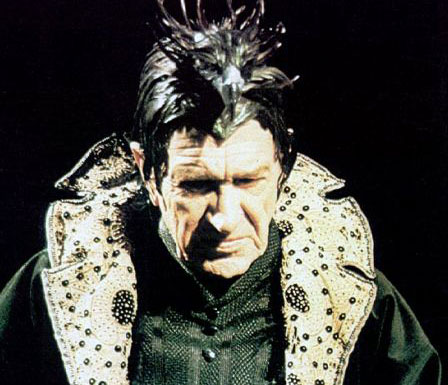 The Guardians (Doctor Who.) They’re color-coded deities with birds on their heads: the white one’s good and the black one’s evil. And they send the Doctor on the wackest quest in history, then come back and pester him. They keep changing the birds on their heads, so the Doctor can’t tell which one is good and which one is evil. Oh, and they’re all-powerful, but they can’t intervene, so they have to recruit cowl-headed skull guys, schoolboys and pantomime pirates to help them. Lame. 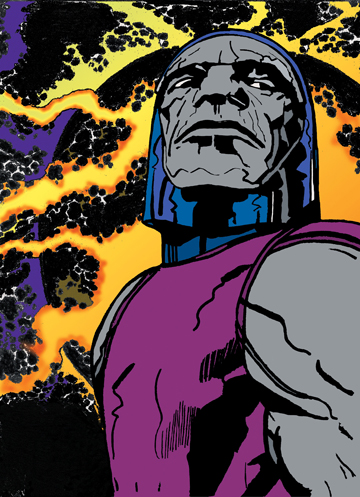 The New Gods (DC Comics.) Yeah, I know, Jack Kirby invented paper, and he is the comix god. But the New Gods weren’t among his better ideas. They’re a weird fusion of superheroes and mysticism, with a healthy dose of ’70s hippie stuff thrown in. You have the evil leader, named Darkseid (pronounced “dark side,” I think) and the good leader, named Highfather. Death is personified by a shadowy guy on skiis named the Dark Racer. Everybody faces the “camera” and makes lots of weird speeches about good and evil and the Source Wall and the Anti-Life Equation. It’s demented in a good way, but also a little too spiritual for that type of comic-book silliness. 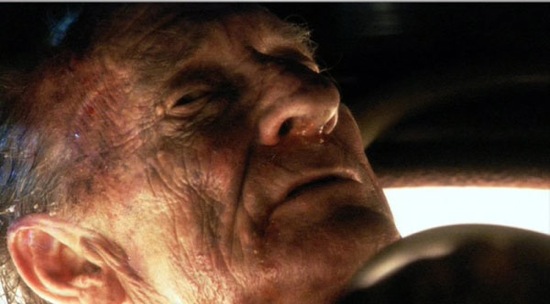 The Hybrid (Battlestar Galactica: Razor.) The echo-y voice, the weird pretentious mutterings about “my children,” the mystical-ish mutterings about the apocalypse and how all this has happened before and will happen again. Basically, he fell asleep in the bath and totally lost track of his sponge. In general, there are wayyy too many prophecies on Battlestar. My eyes glaze over any time someone mentions the Scrolls of Pythia or the bathroom graffiti of Hermes or whatever. 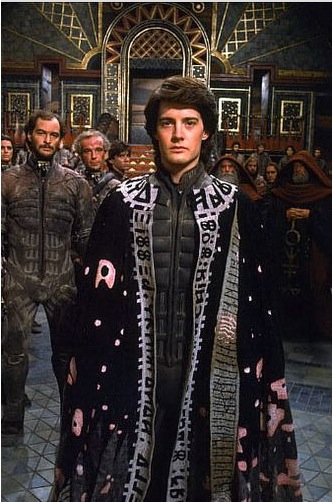 The pilots (Dune). Okay, so the idea that drinking worm barf could mutate you into a being who controls space and time is kind of silly. But are they gods? Let’s ask famous SF author Norman Spinrad. Here’s what he says intro to Dune:

Paul Atreides passes through these three ascending stages on his way to finally employing the drug to achieve the ultimate level, to become the Kwisatz Haderach, the fully Enlightened One, able to view the conventional realm of space and time from the outside, as Einsteinian four-space, a consciousness rendered therefore prescient up to a point, an Enlightenment that turns out to be both a godlike power and a tragic curse.

Another Herbert novel, The God Makers, is even more along the same lines: a human becomes a god by focusing the “psi-forces” of his worshipers.

Jodie Foster’s daddy (Contact). Jodie Foster zooms through a beautiful sweaty wormhole and then finds herself in the midst of a lovely, lovely, lovely, gorgeous nebula thingy that makes her go on an ecstasy trip. And then she’s floats down onto a beach, in a mid-air fetal position. And then her dad shows up, wearing a really dorky dungaree-type outfit, and gets all condescending, with the “that’s my scientist” crap when she asks questions. It gets really sense-of-wonder-y until you feel like you’re getting a marshmallow enema, and the god-daddy gives a speech about how amazing humans are, with our beautiful dreams and our icky nightmares. “In all our searching the only thing we’ve found that makes the emptiness bearable is each other.” Barf!!!! And then he condescends some more, when she tries to talk sense to his new-age crap. You can see why Penn Jilette hated this movie. 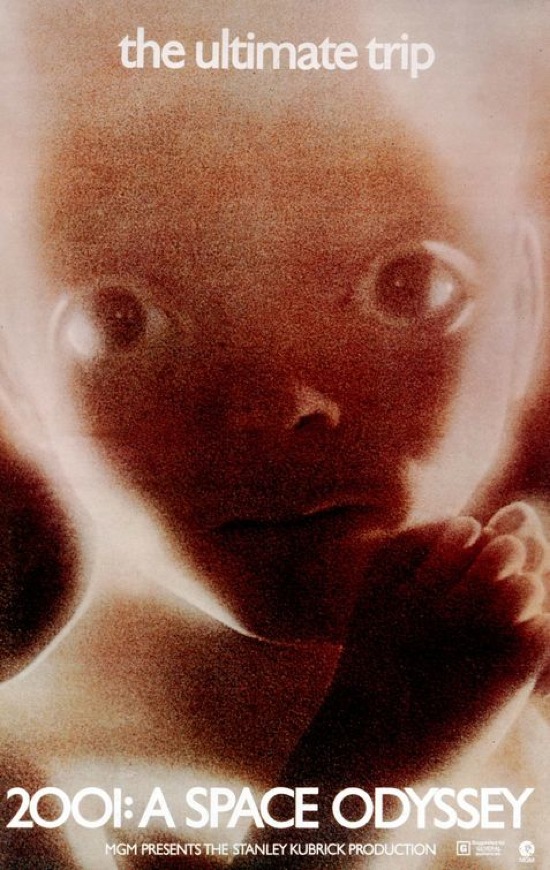 The obelisk dudes (2001: A Space Odyssey). An alien monolith comes to Earth during prehistoric times and helps the apes to evolve intelligence. Later, at the turn of the millennium, Dave encounters another obelisk orbiting Jupiter, and goes on a trippy-ass journey to a whole seven-ages-of-man diorama, until he turns into a super-fetus in space. It’s zoomy and spiritual, and leaves you with a whole guided-by-divine-ish-beings feeling.

Because we dig the sci-fi blog io9, HILOBROW’s editors have curated a collection of critiques by one of our favorite io9ers: Charlie Jane Anders. This is the first in a series of ten. It was first published on January 25, 2008.