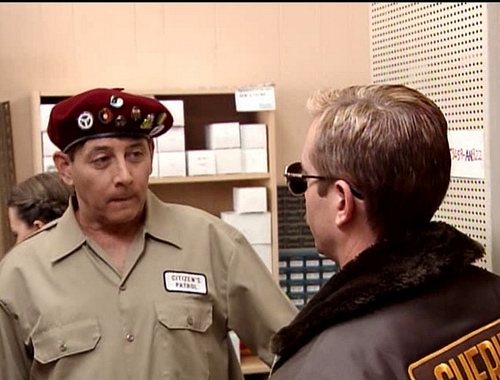 I wonder how many people under the age of 30 who’ve enjoyed watching Paul Reubens play Citizen’s Patrol Rick on Reno 911! recognize the allusion made by Rick’s headgear to that of the Guardian Angels? 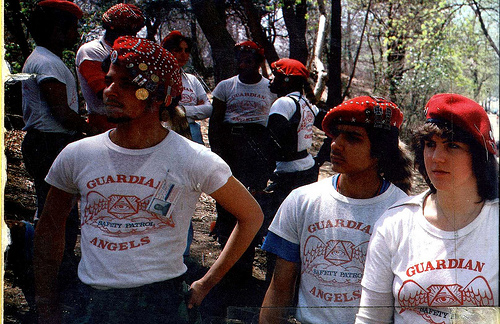 Though some members of the Guardian Angels — a cadre of unarmed citizen crime patrollers founded in New York in ’79 by Curtis Sliwa — were actually killed while attempting to stop muggings, etc., the group was always a little bit fishy, and silly. They’ve been spoofed before: e.g., in the 2006 videogame Grand Theft Auto: Liberty City Stories (“The Avenging Angels”); and on In Living Color (Jim Carey played “Dickie Peterson, Cherub of Justice”). 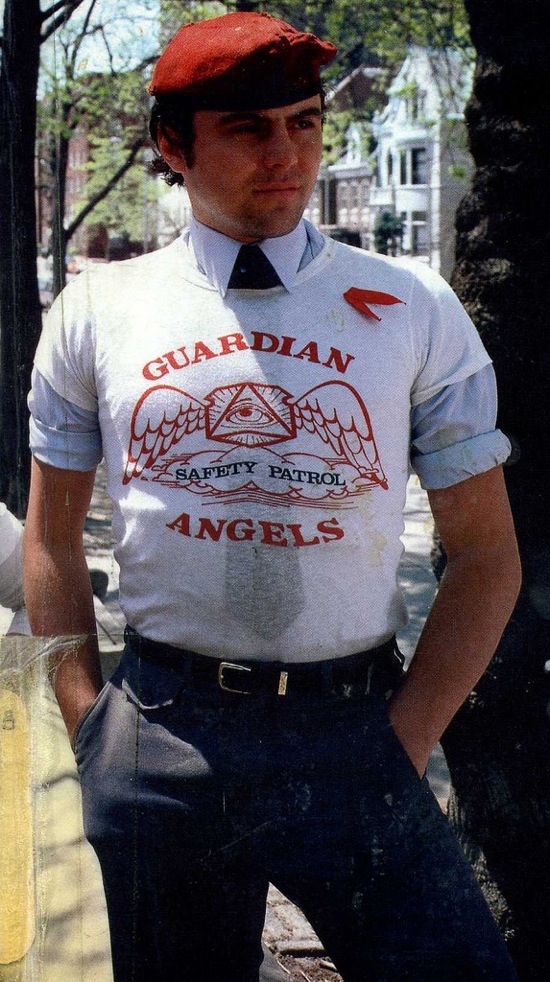 In 1992 Sliwa — whose unadorned beret was a symbolic gesture I’d love for somebody to explain to me — issued a public apology for staging several subway rescues in the 1980s in order to get publicity for the group. He also admitted that the New York chapter mostly patrolled the Restaurant Row section of midtown Manhattan, except for occasional well-publicized patrols elsewhere and subway patrols to recruit new members.

Fifth in a series of six exploring the role of badges in hilobrow culture.