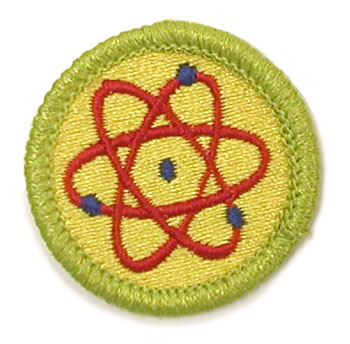 In 1963, the Boy Scouts of America approved this as the 104th in their series of Merit Badges. The official requirements to receive the badge are as follows:

Fourth in a series of six exploring the role of badges in hilobrow culture.