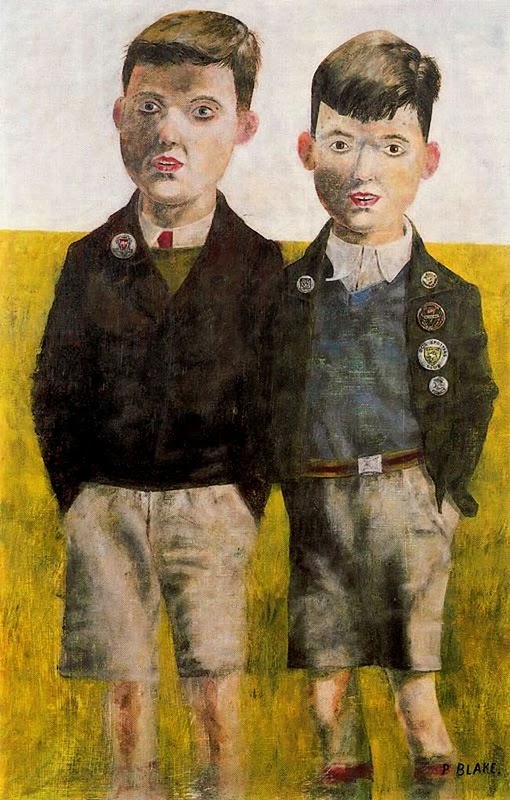 HiLobrow contributor Peggy Nelson has created a couple of merit badges, for circulation among friends here in Boston [see photos below], so we’d planned a brief series of posts on badges. Today we discovered that our friend Rob Walker has been researching the same subject. The time, it seems, is ripe for this series. Here, a month ahead of schedule, is its first installment.

Above: ABC Minors, a 1955 painting of British boys wearing jackets emblazoned with badges. The artist, Peter Blake, is sometimes called the Godfather of British Pop Art; he is most widely known today as co-designer, with his wife Jann Haworth, of the sleeve for the Beatles’ Sgt. Pepper’s Lonely Hearts Club Band (1967). In the 1961 painting below, Blake portrays himself as a grown-up adolescent whose denim jacket is covered with badges. “There is something comically vulnerable about Blake’s need to wear quite so many badges, ally himself with quite so many causes and icons, and so fervently pledge his cultural allegiance to the United States,” one critic claims. 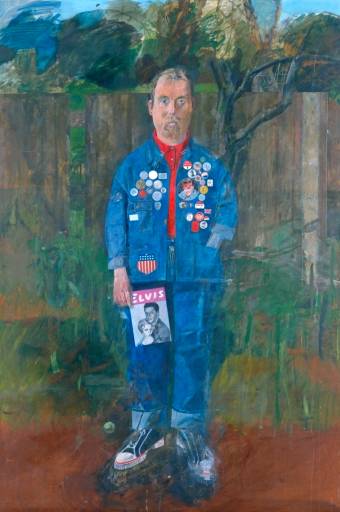 ***
First in a series of six exploring the role of badges in hilobrow culture. 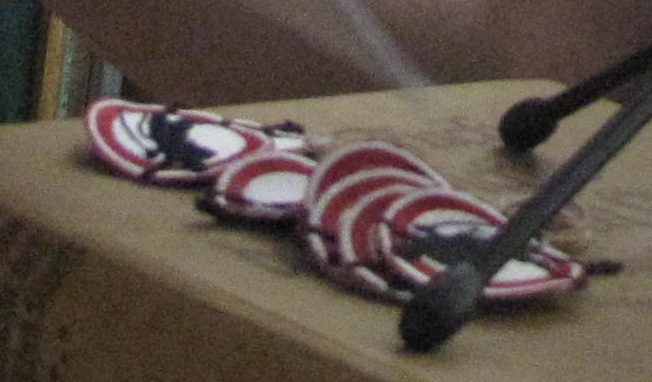