If an American male of average life expectancy started around age 8 and wrote a book every year until his death, spiraling out from children’s literature to puzzles and magic and philosophy and the universe and somehow folding it all neatly like a flexagon into the pocket of his curious (and curiouser) brain, that man might write the quantity and kinds of books that Martin Gardner did before he passed away last weekend.

At one point editor of Humpty Dumpty Magazine, Gardner went on to tackle highbrow ideas of baffling complexity and translate them for those of us whose minds could not go where his did. Nearly a year ahead of the Sputnik launch that would drive demand for more math and science in the daily diet of American youth, Scientific American enlisted Gardner to launch their Mathematical Games column without knowing he owned not a single book on the subject.

The tidal wave of Cold War anxiety about U.S. engineering skills may have propelled Gardner’s popularity, but he used the opportunity to expose his readers to philosophy, limericks, literature and M.C. Escher. He had little patience for conventional pieties and disregarded the wall between scientific and literary worlds that drove C.P. Snow to despair. True to his lowbrow gig demonstrating the “Mysto-Magic” set at Chicago’s Marshall Field & Co. in the 1930s, he refused public acknowledgment of his genius and regularly punked his own readers to make sure they weren’t getting too gullible. He handed off his column to Douglas Hofstadter after a 25-year run and dedicated himself to being spiritual and skeptical in equal measure. Early in his life, he noted as his favorite quote Lord Dunsay’s thought: “Man is a small thing, and the night is large and full of wonder.” 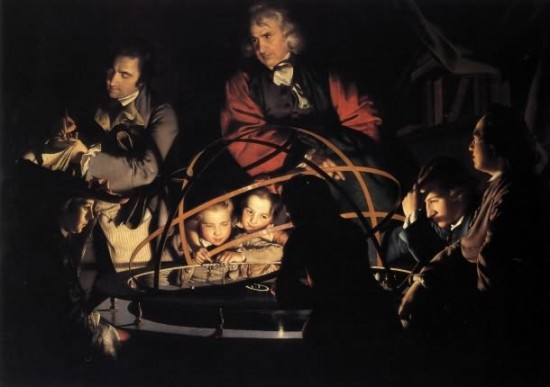 Wrestling with ideas from history and science I was having trouble corralling, I wrote to Scientific American in May of 2008, asking them to give Gardner my contact information. A week later, he left a message on my cell phone —“Have you looked me up on the Internet? There are some things about me on there. But if you still want to talk, you can call.”

I called him back. I told him I had not yet pitched or sold a piece, that I was not yet sure what I was even writing, but I wanted to talk with him about his life and career, if he were willing. I asked for his address, to send him a copy of any article I wrote based on our talk, to make sure he would see it.

He could not always hear me, so some of these questions were repeated. And he wanted more time to consider a few things that I haven’t included here —“You’re asking me questions I should really think about before I answer.” I had hoped to call him back and get answers to some of those questions but lost his number in a move from Massachusetts to Washington, D.C.

When he died on Saturday, I Googled him on a whim, and there was his Oklahoma number in a directory for anyone to find, hiding in plain sight — a surprise that surely would have delighted him. Here are excerpts from our talk.

You’re known for so many things — the “Mathematical Games” column in Scientific American, the book The Ambidextrous Universe, your annotated Alice in Wonderland. Did you see yourself as helping literature, science and philosophy connect, or were these different areas just your interests?

They just happened to be my interests. 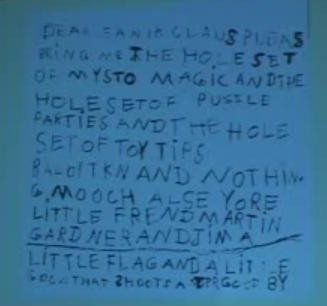 In this letter to Santa, written when he was 8, Gardner asks for puzzles and a magic set.

What were you hoping to do with “Mathematical Games,” which ran for so long? Was it just fun for you to do and share, or were you trying to teach people?

I think mainly it was just fun to do.

Why do you think it was so successful?

Luckily, I was not a professional mathematician. I had to work hard to understand it myself, and that made it easy for me to write the column. So I filled a need at the time. People were hungry to learn about mathematics, so I moved in and began writing about it in a way they could understand.

You were at Scientific American during a real time of scientific breakthrough in our understanding of physics and the universe, which you began to write about as well. Was it just that everybody was thinking about these things in the 1950s and ’60s?

I don’t know —I was lucky that people took interest in my work on that. And even more so in that I was able to be the first to write about some mathematical breakthroughs. That was just a stroke of luck. 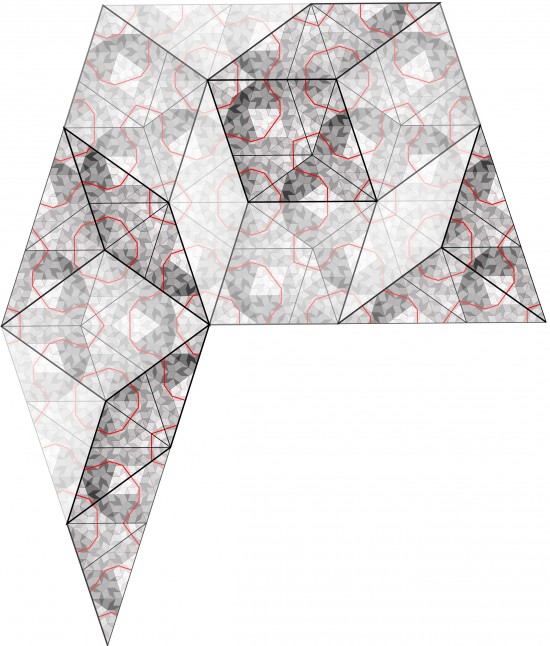 Penrose tiling, a perennial source of mystery and fascination.

On the literary side, I know that you had an exchange with Vladimir Nabokov. You quoted the poet John Shade from Pale Fire in your book The Ambidextrous Universe. Did you and Nabokov know each other?

No, I never met him. I exchanged letters with his wife.

And was that before or after Pale Fire?

I think it was after Pale Fire.

How did you come to quote John Shade?

I read the book and I liked it. You know he mentions me in his book Ada. Did you know about that? 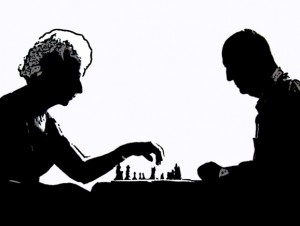 The Nabokovs at chess.

You quoted his poet, and then he quoted you quoting him, right?

He was probably annoyed that when I quoted from the poem, I didn’t credit it to him —I credited it to his imaginary novelist [sic].

Then he credited you as an invented —

As an imaginary philosopher — and he misspelled my name! I don’t know if he did it on purpose or accidentally.

Who were some of your other fans from the literary world? Did anyone else get in touch with you?

Isaac Asimov was a fan. He read the column, and I got to know him fairly well as a result.

You’ve publicly represented yourself as a theist, although you’ve done a lot of work debunking creationism and pseudoscience. I’m thinking back to the 1957 breaking of symmetry. Did that discovery and your own book have any impact on your theology?

I don’t think mathematics or science had any effect on my theology.

Still, some people have used this idea of the left-handed universe as a sign that there is a hidden structure to things that we’re not able to perceive.

There’s no question that the universe is patterned in very intricate ways — no question about that. Not just left-right symmetry, either. 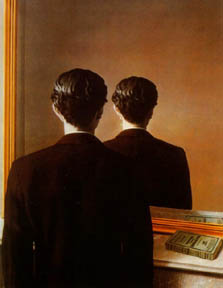 You’ve done so many different things in so many fields across your career. What is the contribution you’ve made that you’re most proud of?

The Whys of a Philosophical Scrivener, because that sort of expresses what I believe about everything. I think that’s the most important book of my many books — at any rate, I’m more proud of that than any of the others.

Do you see a separation between the creative and the scientific worlds today?

I don’t know why there’s so little public interest in science —I think there is less interest now in the U.S. than there probably was in past ages.

I’ve written a lot about pseudoscience. I think it’s a product of ignorance of science on the part of the general public. Science education is at the lowest ebb I think it’s ever been in the U.S. Most science teachers are very poorly paid and very few in number.

I’ve been reading some of your books —

Do you know about my crazy novel, The Flight of Peter Fromm? That sort of describes the changes in my own beliefs from a Protestant fundamentalist in high school to a philosophical theist. That’s the second book I’m most proud of. I got a nice fan letter from John Updike about that novel.

Did you know John Updike?

No, I didn’t. I exchanged letters with him. But I’m a great admirer. He gave me a wonderful quotation for it and let me put it on the back of the jacket.

That book is still in print and has a kind of underground following. It’s a crazy book. My theological views are very peculiar. I sometimes think I’m the only person who holds the philosophical theist position without being part of an organized religion of some sort.

I saw some references to Miguel de Unamuno in your work.

Didn’t he have a strong interest in the paranormal and parapsychology?

Yes, he did. I think that’s too bad. That’s one of his defects. It was a long time ago. He was rather naïve. He didn’t know anything about magic or conjuring methods, so he fell for a lot of fake mediums. His wife was even more gullible than he was, as far as the paranormal was concerned.

And, of course, he was a pioneer in psychology.

Another one of my heroes, by the way, is Gilbert Chesterton. I have no interest in his Catholic theology, but I admire him for a wide variety of reasons. And my next book coming out is The Fantastic Fiction of Gilbert Chesterton, and that will be published next month. He was a devout Catholic, and I’m not interested in his Catholicism, but I’m interested in his fiction and even his nonfiction when he was not writing about Catholic dogma.

I’m in an assisted living facility now, in Norman, Oklahoma. I’m 93. I never expected to reach that age, but that’s what I am.

I really appreciate you taking the time to talk with me today.

Are you going to write me a letter now, so I get your address, too?

See All Posts by Andrea Pitzer

Andrea Pitzer is a journalist and storyteller with particular interests in American eugenics and Vladimir Nabokov. A recovering painter (www.andreapitzer.com), she is the founder and editor of Nieman Storyboard (www.niemanstoryboard.org).