This gorgeous phrenological lithograph, by Czech artist, graphic designer, and illustrator Jiří Šalamoun was featured earlier this year on A Journey Round My Skull, one of my favorite blogs.

Can I just point out that the blog’s title was borrowed from an autobiographical novel by Radium Age science fiction novelist Frigyes Karinthy, whose 1916 machine-men adventure Voyage to Faremido was featured in a post we published earlier this year on Radium Age robot fiction?

Speaking of Eastern European Radium Age science fiction, earlier today A Journey Round My Skull posted the original cover for Karel Čapek’s 1922 novel, The Absolute at Large, from which HILOBROW’s Matthew Battles read for our most recent podcast. 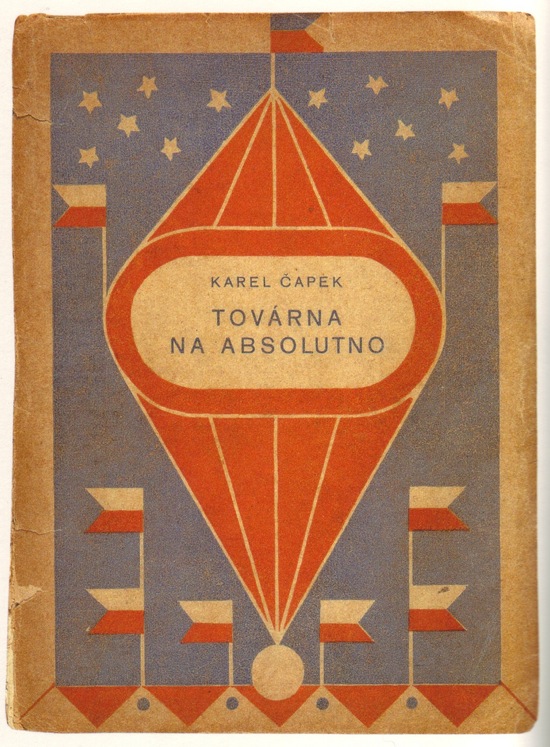 I’ve never seen this cover before. Amazing! The artist, Josef Čapek, was Karel’s brother. As noted in my Radium Age robot fiction post, Josef is the one who coined the term “robot.”