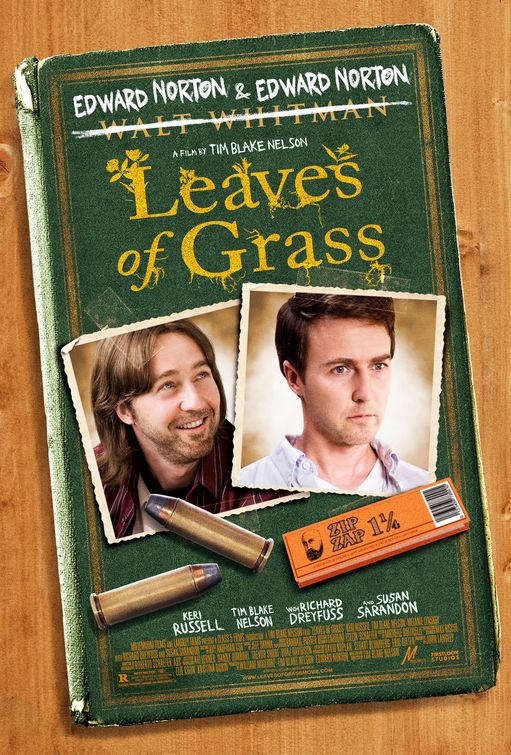 Edward Norton plays an Ivy League philosophy professor and his twin brother, a brilliant marijuana grower. When the latter lures the former back to their Oklahoma hometown in order to take down a local drug lord, hijinks ensue! Due out in April 2010.

Why Leaves of Grass? I’m sure the title/conceit was inspired by these lines of Whitman:

Speech is the twin of my vision, it is unequal to measure itself,
It provokes me forever, it says sarcastically,
Walt you contain enough, why don’t you let it out then?

Seventeenth in an occasional series.