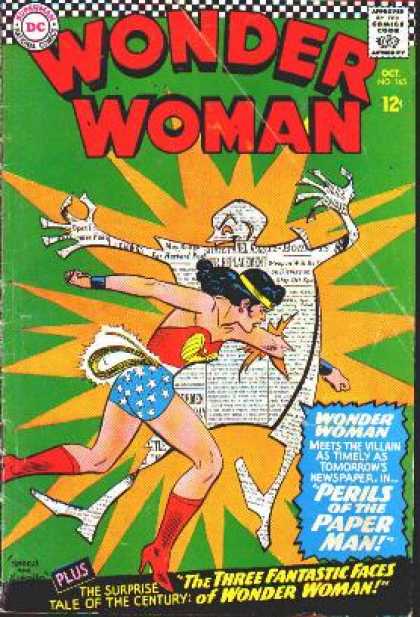 Wonder Woman #165 (October 1966): When Horace, a chemical plant worker, falls into a vat of liquid paper that was being developed by military intelligence, he’s transformed into a sentient sheet of paper who commits crimes. Surely this story (by Robert Kanigher) and awesome cover (Ross Andru and Mike Esposito) are a sly allegorical illustration of the postmodernist argument, first advanced in McLuhan’s ’64 book Understanding Media, that print is a (villainous) hot medium and the comic book a (heroic) cool one?

Sixteenth in an occasional series.