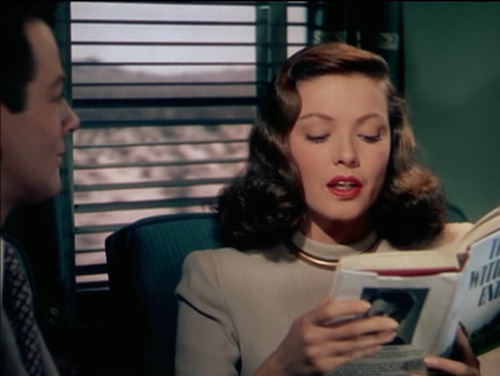 Ellen (Gene Tierney) reads to Richard (Cornel Wilde) from his own (middlebrow) novel, Time Without End, shortly after meeting him on a train, in John M. Stahl’s Leave Her to Heaven (1945). Her homicidal jealousy will make it impossible for him to write another one. Which is probably a good thing.

Thirteenth in an occasional series.