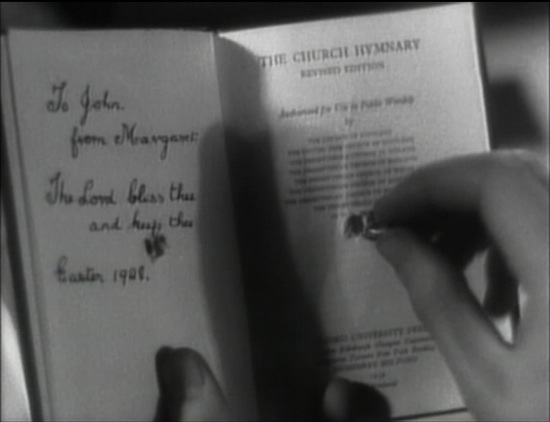 Scene from The 39 Steps (d. Hitchcock: 1935), in which Sheriff Watson (Frank Cellier) inspects a Church Hymnary that has stopped a bullet intended for Richard Hannay (Robert Donat).

HANNAY: Cigarette cases, yes. But I’ve never seen it happen to a hymn book before, except on [sic] the movies.

SHERIFF: And this bullet stuck among the hymns, eh? Well, I’m not surprised, Mr. Hannay! Some of those hymns are terrible hard to get through. I’ve stuck at ’em meself before now. Eh? [laughing]

HANNAY: I’m not complaining, Sheriff. “Hymns That Have Helped Me.” 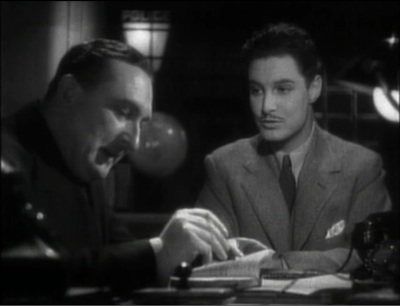