Regression Toward the Zine (18)

In this installment: Idiot Tooth, Mommy and I Are One, The I Hate Brenda Newsletter, X Magazine. 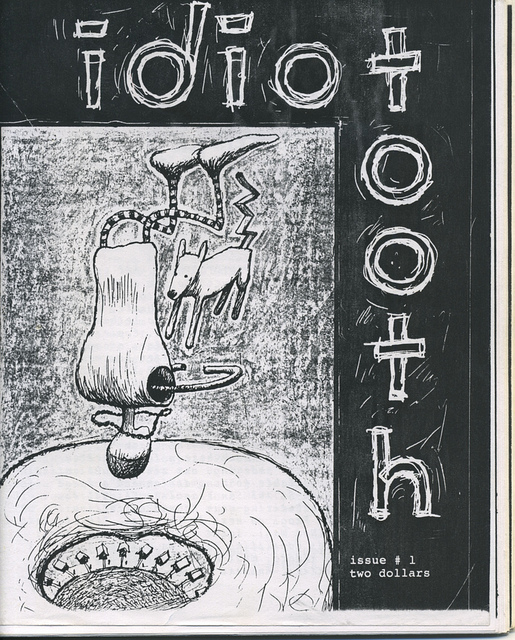 The surrealistic, situationist-inspired zine Idiot Tooth was published, out of Berkeley, by Jonathan Lethem and Shelley Jackson. Its motto, from a Kenneth Koch poem, was: “The only thing I could publicize well would be my tooth!” The first issue, which was largely illustrated by Jackson, appeared in 1990.

Jonathan and Shelley are friends of mine still. Shelley became a well-regarded avant-garde writer, known for her cross-genre experiments, including Patchwork Girl (an early — 1995 — work of hyperfiction), Half Life, and the amazing Skin project. Jonathan went on to write such books as Motherless Brooklyn, The Fortress of Solitude, and several science fiction novels. In 2005, he received a MacArthur Fellowship. 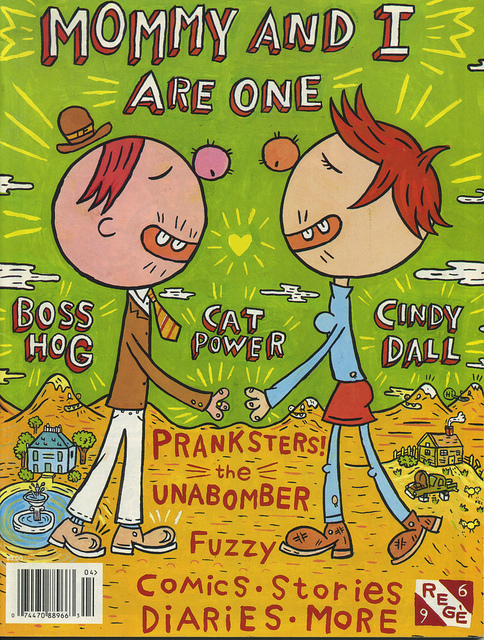 Mommy and I Are One was published in Los Angeles by Jessica Hundley and Andy Hunter. Jessica’s answers to Chip Rowe’s questions (for The Book of Zines) capture as well as anyone ever has the reason that so many of us started zines. I reproduce part of that interview here:

BOOK OF ZINES: When did you launch your zine? What inspired you to do so?

HUNDLEY: Well, I was on a cross-country trip, which is an act always conducive to life-changing epiphanies. I had just graduated with a degree in creative writing and it was becoming increasingly clear that my prospects were limited to crappy retail or hellish waitressing jobs. I had been involved in the early stages of another Boston magazine which had fallen flat on its face from too many egos. So I was gazing out the window, feeling pleased and dazed and hypnotized by the road, when the thought, “Screw it. I’ll just do it myself” materialized out of nowhere. One of my companions on the trip had a friend who had been trying to start a zine for years and could never find anyone who would stick to it. Lots of talk, no action. So when I returned (Fall 1993), I met this mysterious stranger — we got stinking drunk and had a very deep philosophical conversation concerning our literary aspirations. All our ideas linked quite nicely and he seemed like an alright sort of guy. So Andy Hunter and launched Mommy and I Are One — the first issue went to the printer in the summer of 1994.

Jessica went on to be a fascinating journalist, author/editor, filmmaker, and music video director. Check out her website. 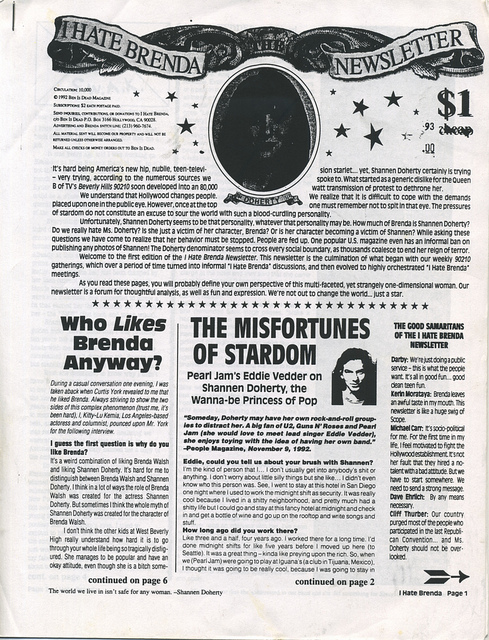 The I Hate Brenda Newsletter was a side project from Darby Romeo, whose zine Ben is Dead I’ve already mentioned. Poor Shannen Doherty! Thousands of people subscribed.

THe newsletter spawned a 1993 book. 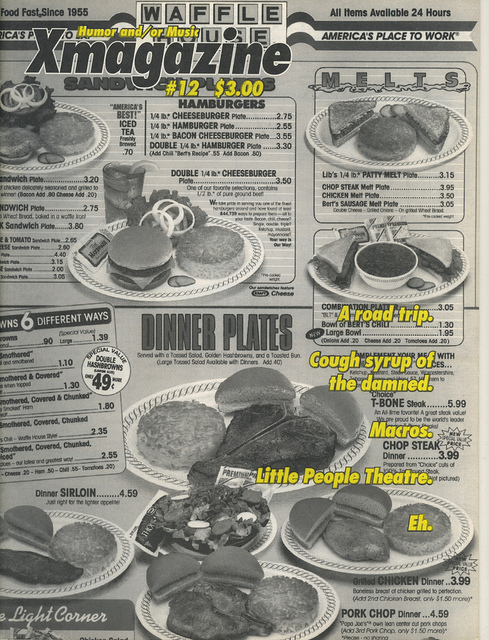 Long before TV tropes, the zine X Magazine was tracking what it called “macros.” These were cliché expressions that were taken for granted. By refusing to take such expressions for granted, X Magazine helped its readers understand clichés as mind-worms.