On September 23rd, Brookline Booksmith — in Brookline, Mass. — will host a launch event for Lost Objects: 50 Stories About the Things We Miss and Why They Matter (Hat & Beard Press, ed. Josh Glenn and Rob Walker). Register here. 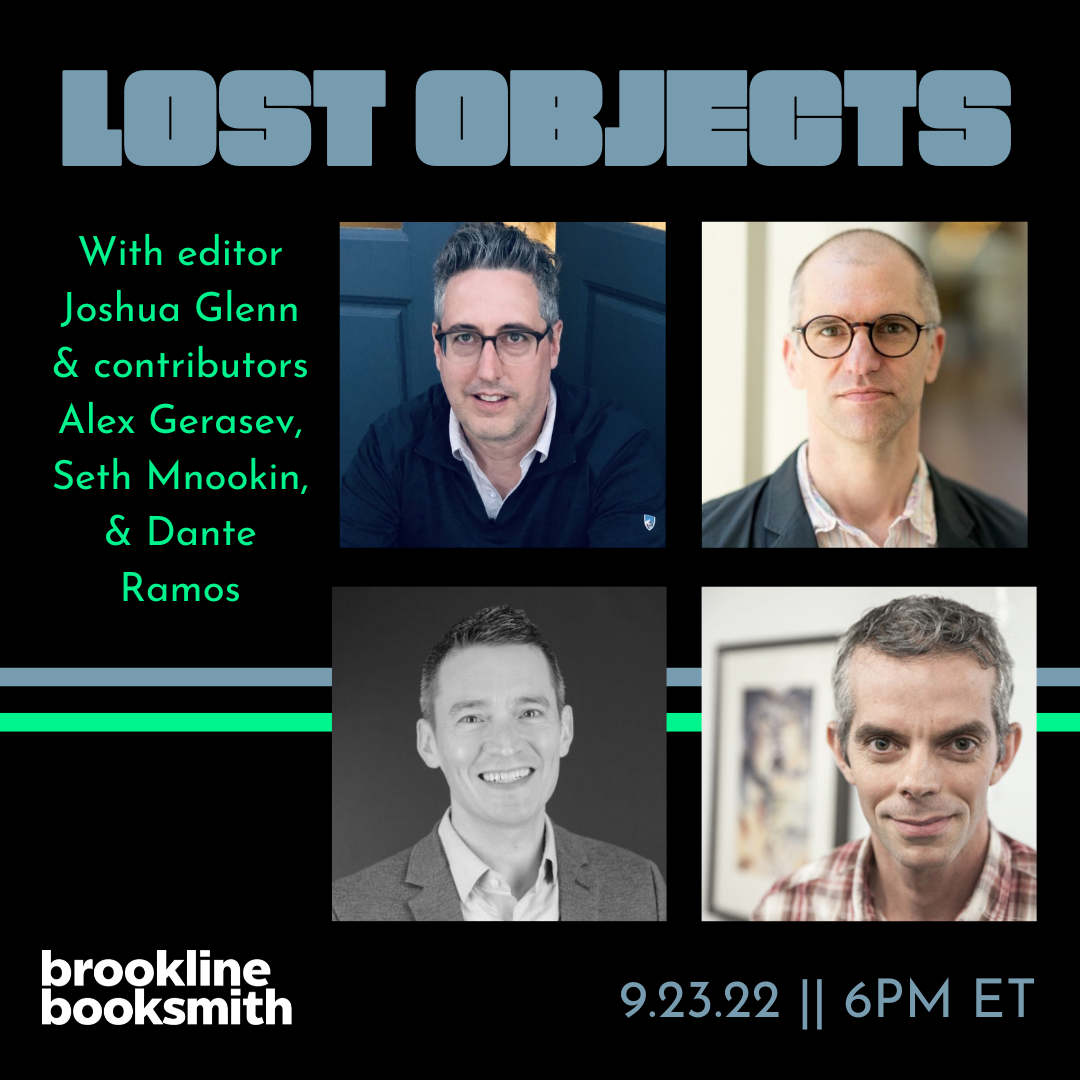 Josh will host the Booksmith event; and local contributors Alex Gerasev, Seth Mnookin, and Dante Ramos will read their stories. The book’s designer, along with some of the local illustrator contributors, should also be in attendance. Although the book won’t officially be published until September 27, there will be copies available for sale at the event. We look forward to seeing you there! 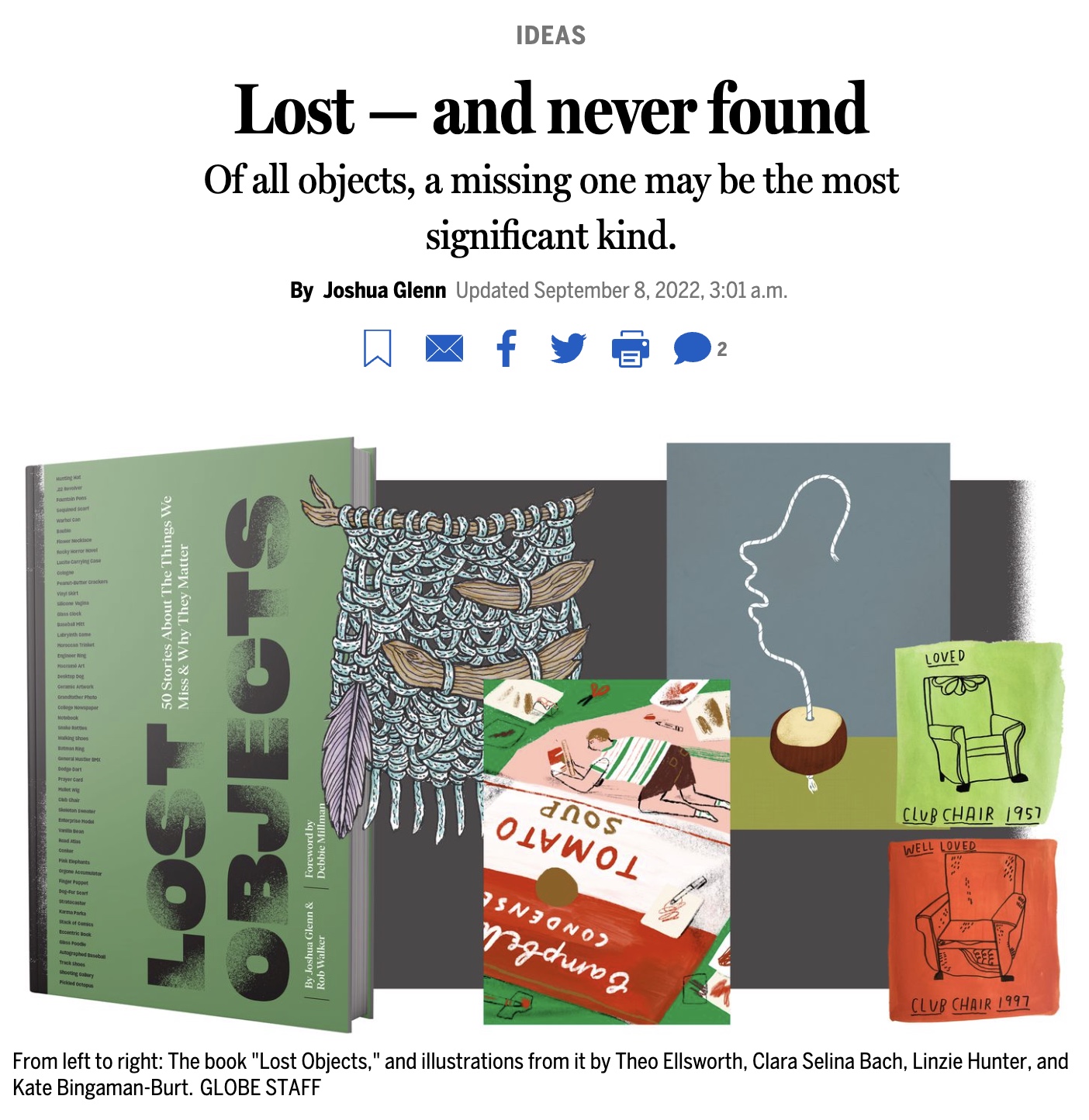 Also! Today’s online edition of the Boston Globe‘s IDEAS section promotes the Booksmith event by excerpting three Lost Objects stories and illustrations. The print edition of IDEAS will appear this Sunday. Excerpts have also appeared, thus far, at Lit Hub, The Millions, and PRINT, and in Harper’s magazine.