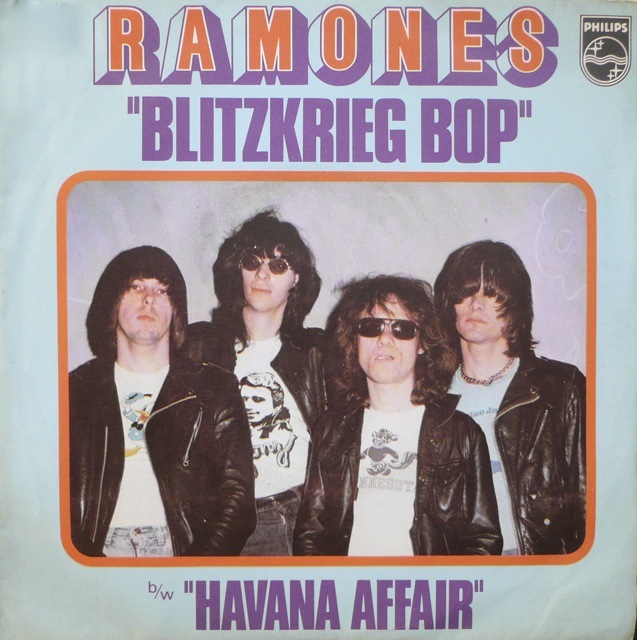 In 2007, when I was working at The Boston Globe, I was invited by The Boston Phoenix to contribute a themed playlist of some of my favorite tunes to their series “On the Download.” So here’s my list of “5 Favorite ‘Bop’ Songs”: The following year, I was invited by The A.V. Club — which was in those days a print publication, as well as website — to hit the RANDOM button on my iPod and discuss the top five songs thus generated with Andy Battaglia — now deputy editor at ARTnews magazine. (This was a regular feature, titled Random Rules.) Here’s that discussion:

Joshua Glenn: This is off the album This Is Boston, Not L.A., which is a famous compilation of Boston hardcore bands. It’s a song from the point of view of a punk who gets beaten up by assholes, jocks, and rednecks for being punk rock. It’s his fantasy of revenge—studying karate and buying a gun. I could relate to that when I was a four-eyed punk rocker in Boston in the ’80s.

The A.V. Club: Did you ever learn karate?

JG: [Laughs.] No. But I’m sure this guy didn’t either. The fantasy was exciting. The thing I liked about Boston hardcore compared to other cities is that I felt like DC hardcore—obviously those guys are very talented, they put out important music and led the way, but they’re so preachy. They always had this whole moral angle that I didn’t want in my music. New York hardcore was cool, but to me, it just seemed like it was all about violence and being as hard as you could. Boston always struck me as being very clannish—there were kind of like tribes of punks—and also funny. I always thought Boston hardcore bands were very amusing. That’s what I like about The Freeze—they were a funny band.

JG: As I recall, [the cover of this album] has two lions having sex on the front. I think they’re a Scottish band. It’s very twee, kind of precious music. This song in particular, I find very romantic. It reminds me of the way I feel about my wife. The singer is complaining about the girl he likes, or lives with, and yet those complaints contain his compliments and his feeling of love for this woman. That’s kind of my relationship with my wife. This person keeps in the course of what is a very sweet love song, but he keeps saying mean things. She forces him to go to a vegetarian restaurant, and he’s always getting splinters from the chairs. I would like to have performed this song at my wedding.

Ethan Lipton + His Orchestra, “Hit It”

JG: This is much like “Vegetarian Restaurant.” The singer is expressing the perspective of a guy who is in love with the person he is with, but he hates everything about being a romantic monogamous couple in America today, so every aspect of their life together is seen by him as an oppressive trap that makes romance less possible. There’s this amazing video for this song that has all of these little details that only someone who’s been in a long-term relationship would think of: little horrible aspects of domestic life together, like a pile of toilet paper piled up in the corner of the bathroom, to the sky. All he wants to do is hit it—he wants to have sex, but the tedium and monotony of domestic monogamous life puts up barriers to that. 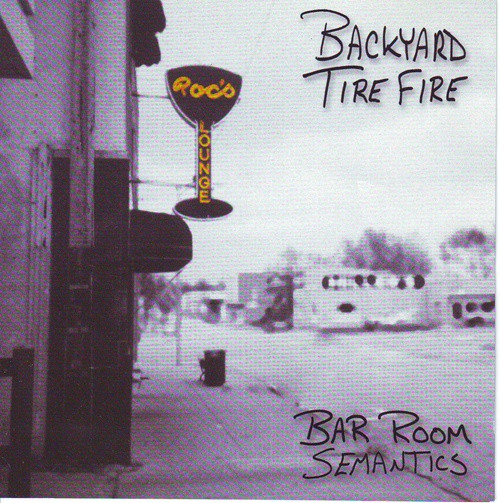 JG: This is from an album called Bar Room Semantics, which is why I downloaded it. For the last couple of years, I’ve had a hard time listening to rock music, because I enjoy rock and I haven’t really wanted to “enjoy” the music that I listen to. I’ve wanted my music to kind of wash over me. Music as wallpaper. I wanted to blend from one song to the next to create an environment to get comfortably numb in at work.

AVC: Does that great album title bear out in any interesting ways with this band?

JG: I don’t know that much about hip-hop now, but I’m a big fan of old-school stuff. I was a senior in high school in 1986, so it’s influenced my life. The humor of the old-school stuff before gangsta hip-hop, how funny hip-hop used to be—Sugarhill Gang, I think I used to listen to in 6th grade, and I just loved it. I grew up in a very mixed neighborhood and went to mixed schools in Roxbury [Massachusetts], and the culture of all the kids was just cracking on each other and being as funny as possible in a creative way. This is a book I want to write some day: Everything Important I Know, I Learned From Old-School Hip-Hop. One page, you’d have a couplet from Just-Ice or Biz Markie or whoever, and on the other page, a long ponderous exegesis about what those two lines mean and how important it is to live your life according to the wisdom expressed by Schoolly-D. Wouldn’t that be good? I think it would be a bestseller.

AVC: Having mentioned the smarts and the approachable tone of old-school hip-hop, do you think of your own work? You write often about heady academic subjects, but in a way that’s approachable and human.

JG: Yeah, that’s very important to me. The idea behind Hermenaut, which was a money-losing proposition from the beginning and derailed my career as a journalist, was to talk about the most complicated intellectual concepts and theories in the most accessible possible way, without having it be like a “for dummies” type of accessibility. I’m not really here to teach anybody anything. I don’t want to be pedantic or didactic. All I wanted was for philosophy and theory and big ideas to be discussed in a way that someone who’s street-smart, funny, and intelligent enough could relate. This wasn’t being done in school, and there were no magazines or journals out there doing it, so I thought, “Alas, I’m going to have to do it myself.” There’s no reason ideas need to be kept out of the real world. I think a lot of projects [of the kind] are more about bringing the real world into the academy, so you get all of these books about the philosophy of The Simpsons, or the philosophy of Blade Runner. That’s completely uninteresting to me. I always want to take stuff out of the academy and bring it out into the world.