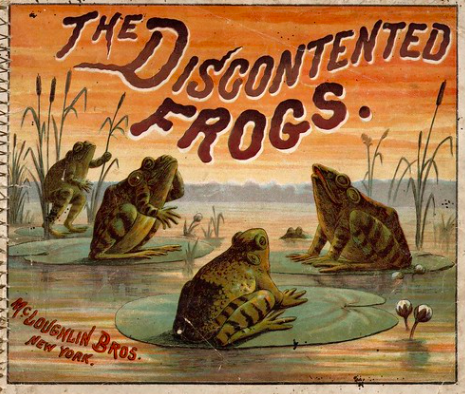 Because of their croaking, frogs are associated — jocularly — with music in pop culture, particularly during the first half of the twentieth century. Here are a few examples of this sort of thing. 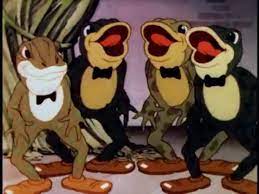 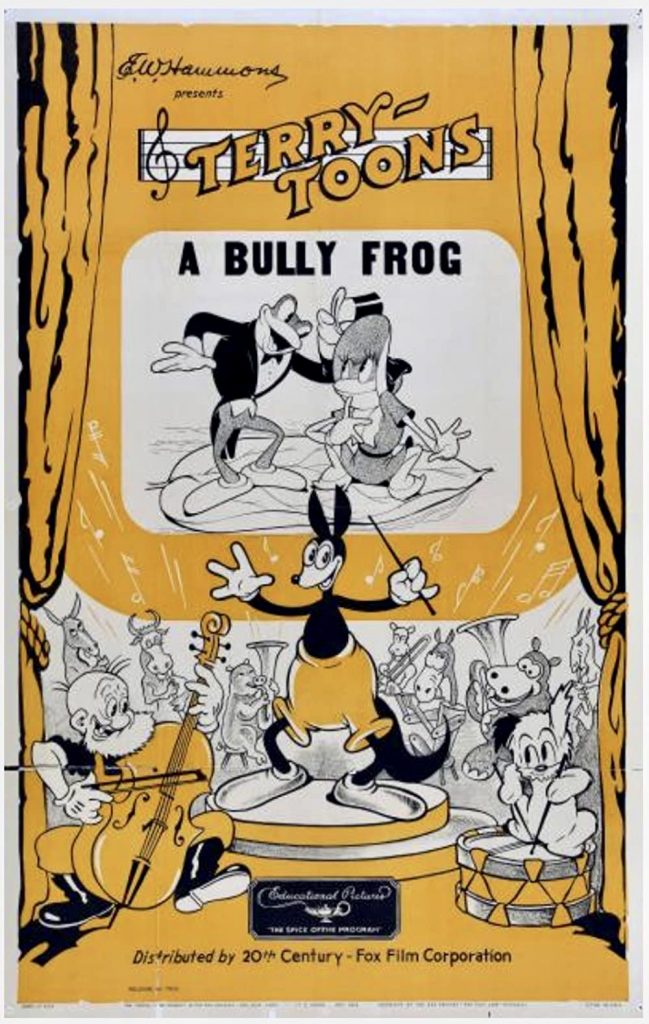 A Bully Frog is 1937 Terrytoons cartoon in which a silk-hatted big frog decides he’s too good for life in the little pond. However, when he goes to a jazz club in the big city, things get out of hand. It is considered a middling Terrytoons effort. 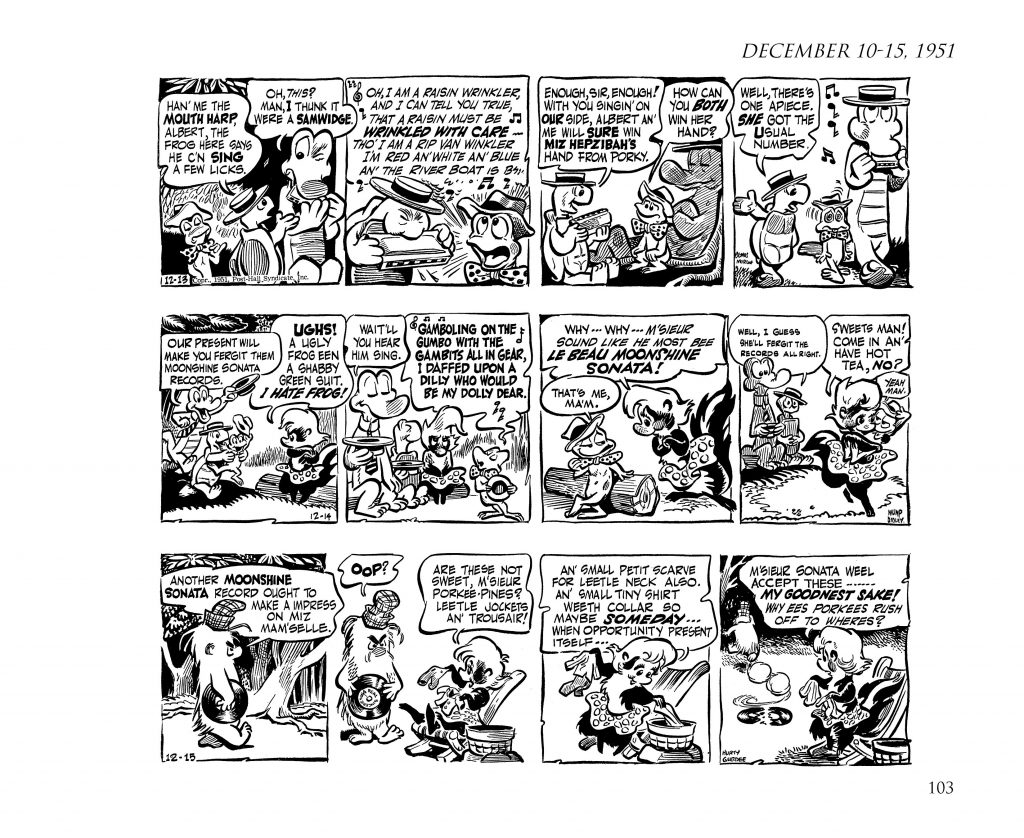 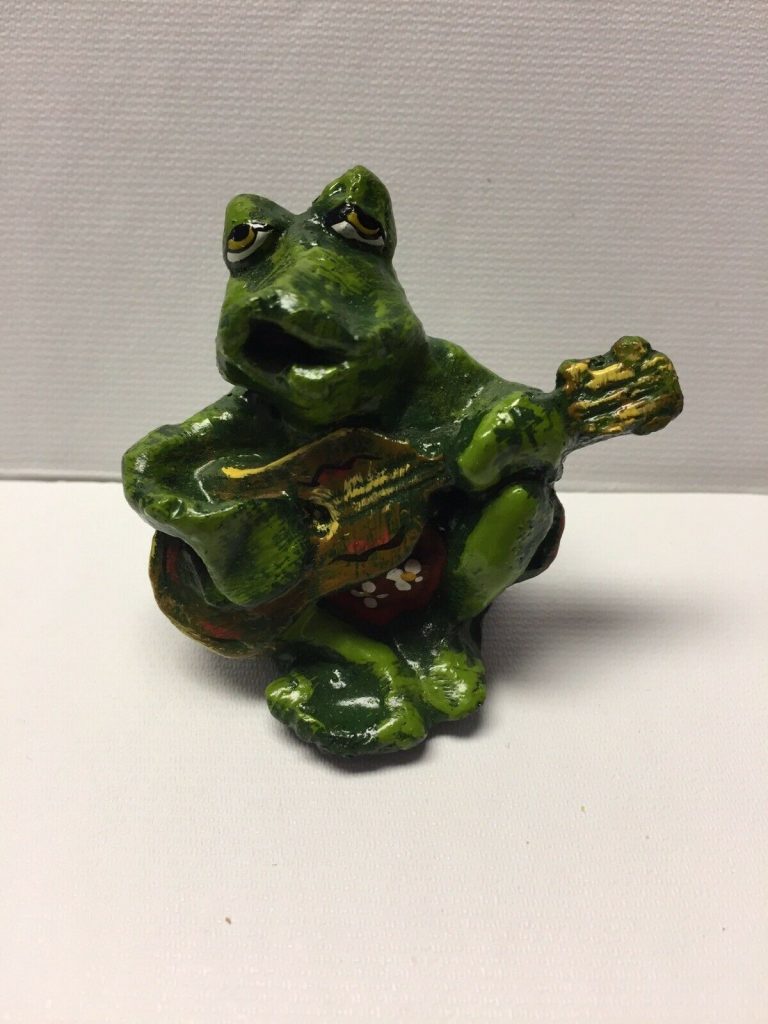 This 1977 frog figurine seems to have tuned in, turned on, dropped out… and lived to regret his youthful decisions.