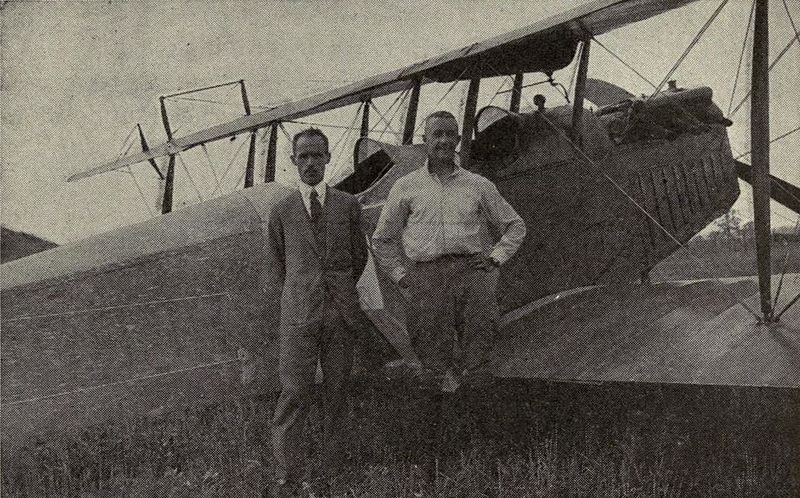 In August 1921, Army pilot John Macready took off from McCook Field (an aviation experimentation station operated by US Army Air Service) in Dayton, Ohio, and offered the first demonstration of crop dusting by plane. At left: French aeronautical engineer Étienne Dormoy, who designed the crop-dusting hopper and operated it during the flight.