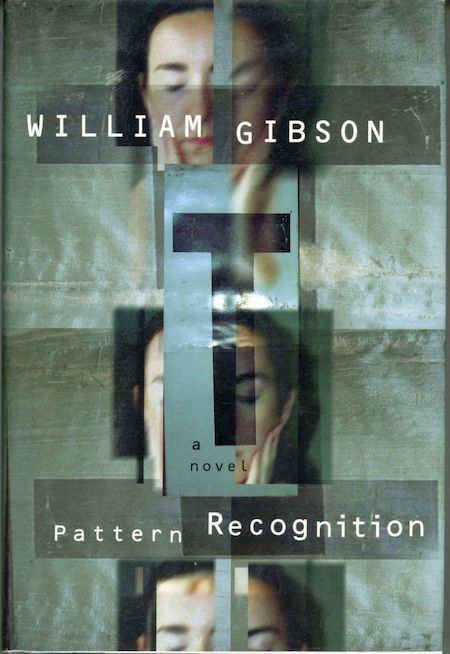 The first of Gibson’s sci-fi novels to be set in the present. Pattern Recognition takes as its subject the near impossibility of making sense — and finding meaning — in our contemporary age. Cayce Pollard, a Bobby Newmark-like consultant whose acute psychological sensitivity to logos and advertising has transformed her into a kind of magical semiotician, is working with the edgy viral advertising/coolhunting firm Blue Ant on a shoe company’s logo when Blue Ant honcho Hubertus Bigend hires her to do a little aesthetic detective work. Who has been posting a series of artistic film clips to [YouTube]? Shuttling from New York to London, Tokyo, and Moscow, Cayce ponders what it might portend that the clips — outsider art, essentially — have attracted a cult following, a hive-mind buzzing with wrong-headed ideas. Bigend, our antihero, is a bullshit artist seeking to exploit the clips’ anonymous creator. Like Chia in Idoru (1996), Cayce runs afoul of the Russian Mafia — and must rely on talented Internet friends to rescue her.

Fun facts: The first in a series followed by Spook Country (2007), in which Bigend hires another young woman, Hollis Henry, to track down another artwork, and Zero History (2010). Sonic Youth’s 2004 song “Pattern Recognition” pays tribute to this novel, a bestseller.