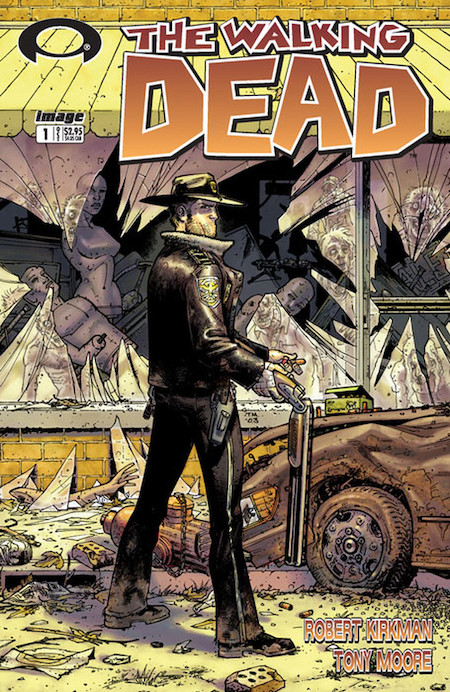 Rick Grimes is a small-town Kentucky sheriff’s deputy who wakes up from a coma to discover the world overrun by “walkers” — which is to say, zombies. He sets off in search of his wife Lori and son Carl, ad eventually tracks them to a camp of survivors. His partner and best friend, Shane, has also survived; but he and Rick have very different ideas about the right way to deal with the zombies. Also, Lori and Shane are now together, which is awkward. The series is about Rick’s struggle to lead a group of survivors in search of a safe haven… without compromising his moral code. This quest becomes ever more difficult, once they’re forced to deal not only with walkers but other survivor groups. The black-and-white comic from Image was originally illustrated by Tony Moore; Charlie Adlard took over from issue #7 onward. A huge success for Image Comics, the series’ 193rd and final issue was released in 2019.