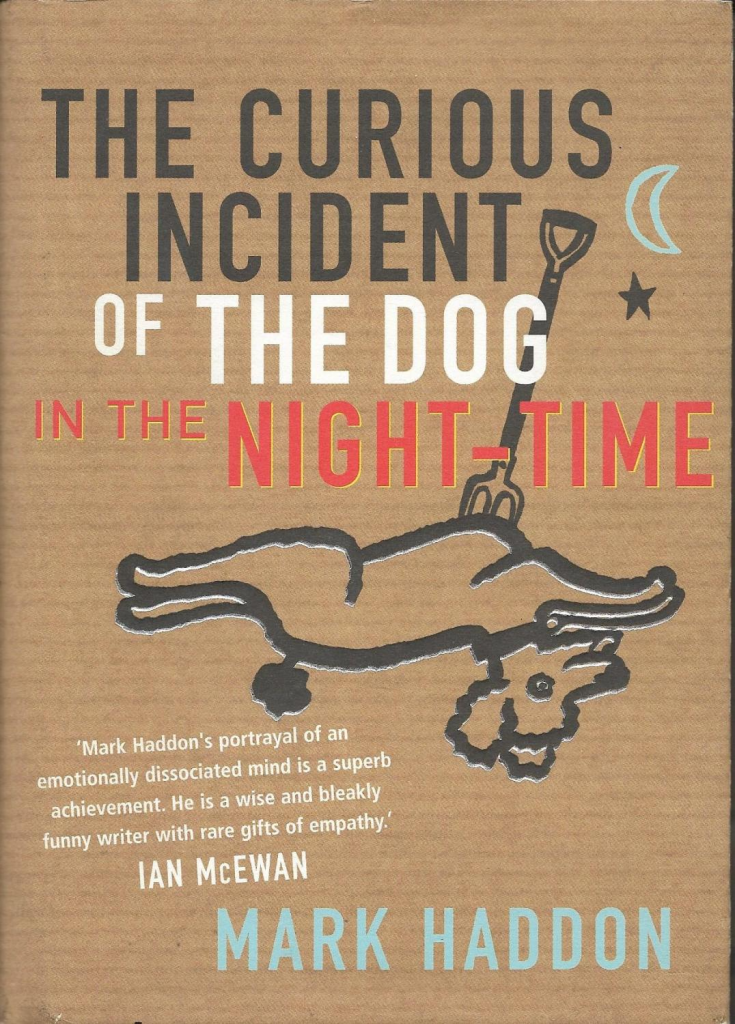 Mark Haddon’s epistemological adventure The Curious Incident of the Dog in the Night-Time.

When his neighbor’s dog, Wellington, is killed — impaled with a pitchfork — fifteen-year-old Christopher, the story’s narrator, comes under suspicion. We are given to understand that our protagonist is on the autism spectrum… and his odd behavior and flat affect do not endear him to the police investigators. (He describes himself as “a mathematician with some behavioural difficulties.”) Christopher lives with his father Ed, a boiler engineer, in the English town of Swindon; his mother, he has been told, died two years earlier. Although severely constrained by his difficulties in making sense of the overwhelming sensorial input of the world outside of mathematics, our hero courageously begins to investigate the dog’s demise. As he tentatively explores his neighborhood before venturing even further afield, Christopher discovers just how little he’d previously known for sure about anything. The “murder mystery” is resolved quickly; the larger mystery is… life itself.