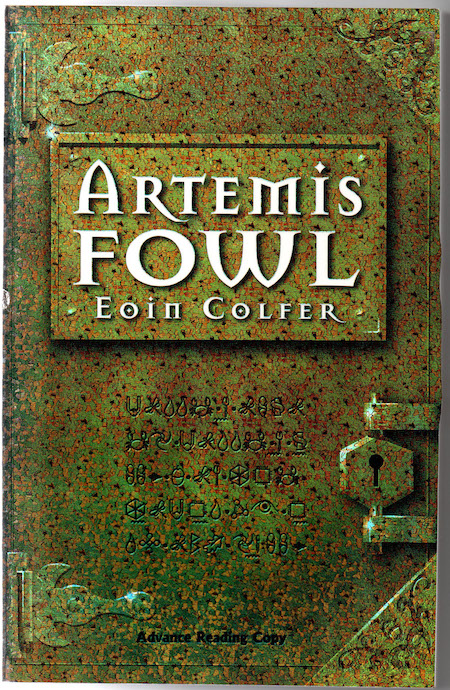 The titular character is a 12-year-old genius who runs his family’s criminal empire. He’s also a talented literary scientist who studies mythology for clues on how to capture a fairy, force her to grant him a wish (the object of which reveals Artemis’s sentimental side), and thwart the magical abilities of the fairies, dwarves, trolls, and other creatures whom he knows will attempt to retaliate. It’s a fun idea — the author described it as “Die Hard with fairies” — and the book was an international bestseller, which is why it belongs on this list… even though Colfer’s plot and prose leave a great deal to be desired. After acquiring and translating the Book of the People — the holy book of the fairy kingdom — Artemis is able to capture Holly, a fairy police officer, and imprison her in his family’s mansion. Holly’s commanding officer, Julius Root, attempts to free her but fails; he is replaced by an unscrupulous fairy who will stop at nothing… including deploying a magical weapon of mass destruction!