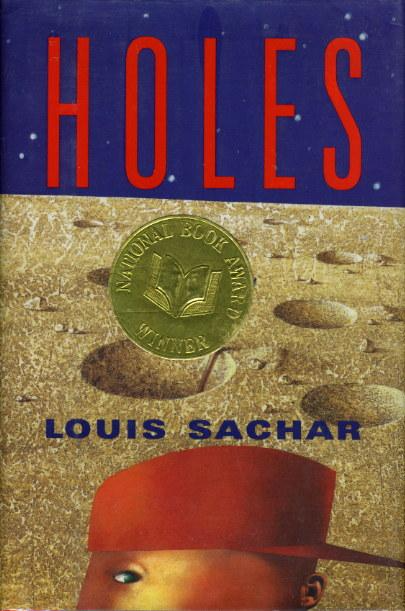 A humorous, intricately plotted, touching story that touches on serious topics from racism to homelessness. Falsely accused of stealing a pair of shoes from a famous basketball player, an overweight teenager — with a palindromic name, Stanley Yelnats — is remanded to a juvenile corrections facility situated in the middle of an impassable Texas desert. Overseen by cruel guards, and threatened by rattlesnakes and poisonous lizards, Stanley and Camp Green Lake’s other inmates are required to dig five-foot-deep cylindrical holes in the dried-up lake bed. This is supposedly a form of rehabilitative punishment, but Stanley comes to suspect that they’re actually searching for something of value. Although kindness and empathy aren’t encouraged at Camp Green Lake, Stanley and a boy named Hector (“Zero”) become friendly. Zero puts up with Stanley’s ranting about a family curse; and Stanley follows Zero when his quiet friend escapes the camp. Will they survive their desert trek — and find the buried treasure?