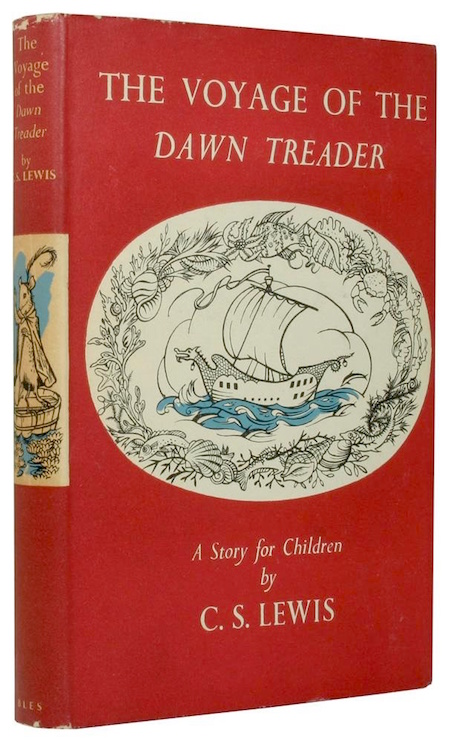 Writing about David Lindsay’s Radium Age sci-fi novel A Voyage to Arcturus, C.S. Lewis enthused: “To construct plausible and moving ‘other worlds’ you must draw on the only real ‘other world’ we know, that of the spirit.” Lewis’s Perelandra sci-fi trilogy uses planets in this Linday-esque manner… while Voyage of the Dawn Treader, the third published Chronicles of Narnia installment, uses islands in a similar fashion. Edmund and Lucy Pevensie, and their odious cousin Eustace Scrubb (who will remind readers of Kipling’s Captains Courageous of the odious Harvey Cheyne Jr.), sail with Prince Caspian (titular protagonist of the previous book) on the Dawn Treader in search of the seven lost Lords of Narnia. Each island they explore provides a test of the explorers’ intrinsic characters; the most memorable island, for this reader, is the one with the dragon’s hoard. Some Narnia fans complain that this is the least compelling installment, contra to which I offer one word: Reepicheep!