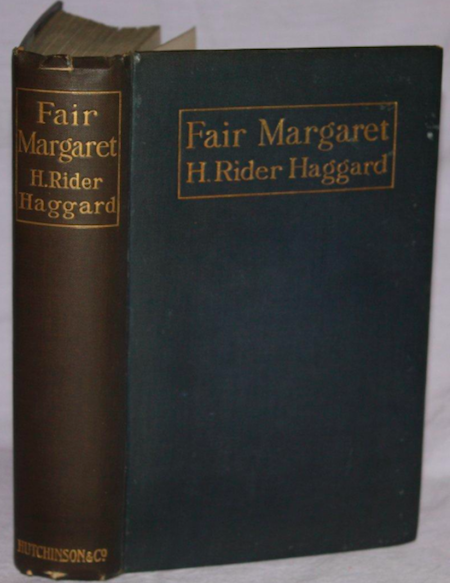 In 1491, a year before Columbus would sail the ocean blue, Peter Brome, a gallant but impoverished ex-soldier in London, kills a soldier of the Spanish ambassador to England, who has manhandled the beautiful Margaret, daughter of a wealthy Jewish merchant. Spain’s powerful Marquis d’Aguilar of Spain then kidnaps Margaret and takes her back to his country; Peter and Margaret’s father pursue them. It’s a rollicking, non-stop swashbuckler: Peter and Morella duel on board a sinking ship in the midst of a raging storm; there’s a jousting match to the death; one of Columbus’s ships plays a role in the action; oh, and they have to flee the Spanish Inquisition! Morella is a fine villain: lust-crazed, yet chivalrous and pious. He was traveling in England, as it turns out, on a secret mission for the Inquisition….

Fun facts: Serialized between November 1906 and October 1907 in a magazine with the excellent title of The Lady’s Realm. Published in book form in 1907.