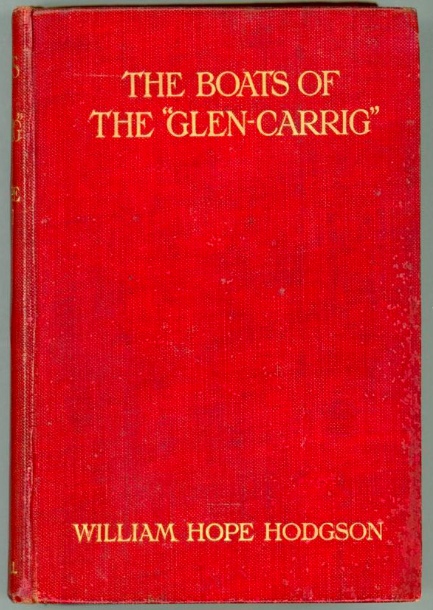 Although his masterpiece is The Night Land (1912), those few folks who’ve read William Hope Hodgson probably only know The House on the Borderland (1908) and The Boats of the “Glen-Carrig”. In which mid-18th century sailors, stranded in lifeboats when their ship, the Glen-Carrig, sinks, are stranded on an island in the midst of the Sargasso Sea. Strange wailings and murmurings permeate the night air; weird creatures slither about. The Sargasso Sea is impassable, so their escape attempts fail. One by one, the men are killed and eaten by nameless, faceless horrors: ambulatory toadstools, gigantic octopi, huge crabs, and the “weed men” (giant white leeches with human faces). Brrr. Will the narrator, a wealthy passenger forced to work side by side with the crew for survival, ever escape?

Fun facts: According to China Miéville, the tentacular monster — a metaphor for the unprecedented, inexplicable, inexpressible catastrophic horror that was engulfing modernity in the late 19th and early 20th centuries — may have been popularized by Lovecraft, but it was introduced by Hodgson’s The Boats of the “Glen-Carrig”. 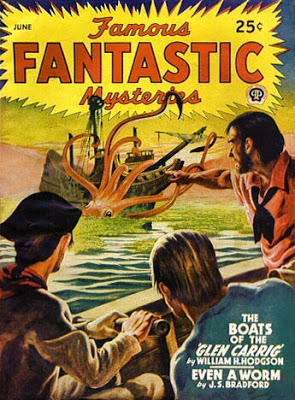