Published between the third and fourth of his tremendous Richard Hannay novels, Huntingtower was a departure for John Buchan. The book’s protagonist is not a soldier-turned-spy, but instead a retired Scottish grocer who joins a quixotic effort to rescue a Russian noblewoman from Bolsheviks. With this novel, Buchan was attempting to take the curse of irony off the word “adventure” — that is, to bring adventure into everyday life. Having sold his grocery business, Dickson McCunn sets out on a hiking trip across Scotland… and meets John Heritage, a modernist poet who McCunn doesn’t respect. However, the two join forces when they discover that an exiled Russian noblewoman has been imprisoned by Bolshevik agents. They assemble an unlikely fighting force — an injured laird and his menservants, a group of street urchins from Glasgow — and sally forth to save a damsel in distress… and to protect Scotland against Russian intrigues.

Fun fact: The first of Buchan’s three Dickson McCunn books; the others are Castle Gay (1930) and The House of the Four Winds (1935). Huntingtower was serialized, here at HILOBROW, from January through April 2014. 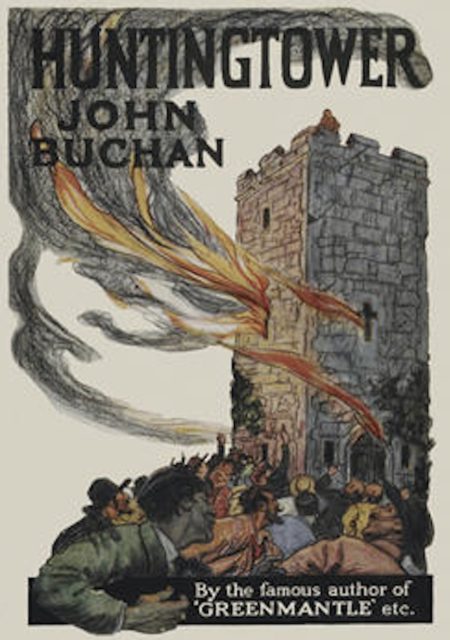