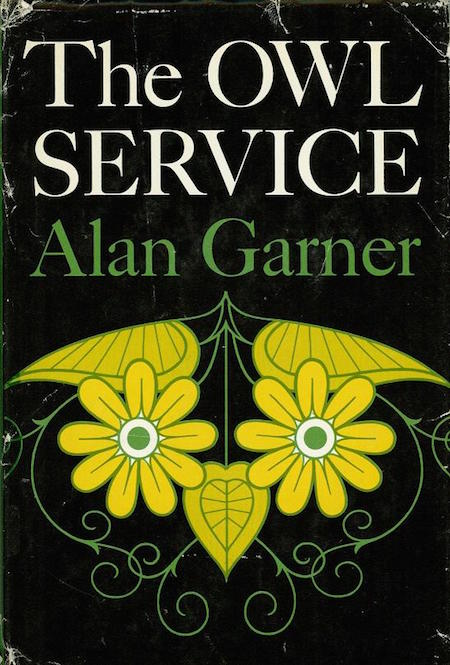 Set in modern Wales, The Owl Service — the title refers not to some kind of elite strigine task force, but to a set of dinner plates with an owl pattern — is a contemporary “expression” of the Fourth Branch of the Mabinogion, the earliest prose literature of Britain. Blodeuwedd, in Welsh mythology, is a woman created from flowers, by the magicians Math and Gwydion — for Lleu, a man cursed to take no human wife. Blodeuwedd betrays Lleu in favour of another man, Gronw, who kills Lleu; as punishment, Blodeuwedd is turned into an owl. In Garner’s story, a 15-year-old girl and her new stepbrother are vacationing in rural Wales, where they befriend a local teenage boy. They discover an owl-patterned dinner service… which apparently is cursed, because the next thing you know, the three possessed teens are helplessly, inexorably re-enacting the Blodeuwedd story.

Fun fact: Winner of both the Carnegie Medal and Guardian Award for children’s literature. The Owl Service was adapted as a well-regarded BBC miniseries in 1969–1970. Garner’s other YA fantasy novels — The Weirdstone of Brisingamen (1960), The Moon of Gomrath (1963), Elidor (1965) — are excellent; so is Red Shift (1973).