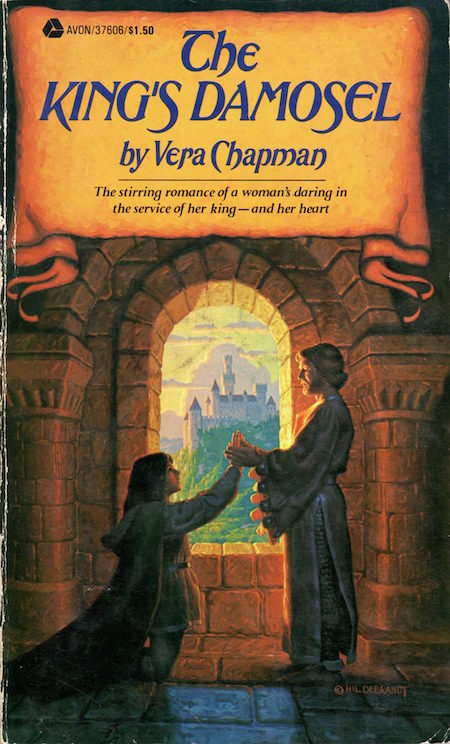 On the day of Lynett’s marriage to Gaheris (also the day of her sister Lyonesse’s wedding to Gaheris’s brother, Gareth), we learn that Lynett was raped as a teenager… and that she is in love with Gareth. Gareth and Gaheris are knights of King Arthur’s Round Table; Lynett, a former tomboy, yearns for a life of adventure; she also seeks revenge. With Merlin’s help, she becomes Arthur’s messenger — her duty is to travel ahead of Arthur’s knights, persuading unruly Lords to swear allegiance to the king. Over the course of the novel, she acquits her duties well… and gets her revenge. There are triumphs and tragedies; a witch and a blind lover; a tear-jerking ending; not to mention the Grail. The novel requires Lynett to forgive her rapist (his ghost haunts her, until she does), which today’s readers may find infuriating; still, this is definitely a feminist story.

Fun fact: Either the second or third book in a trilogy; the first is The Green Knight (1975), the other is King Arthur’s Daughter (1976). Very loosely adapted as the 1998 animated movie Quest for Camelot.