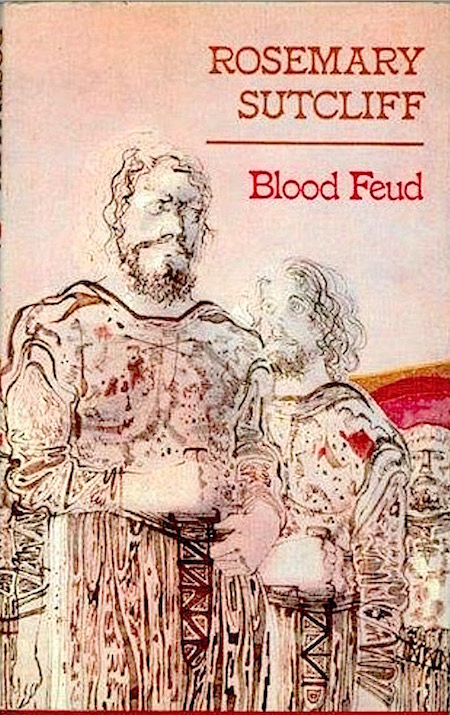 A story about the Varangian Guard — an elite unit of bodyguards to the Byzantine Emperor, primarily composed of Norsemen — that starts in 10th-century England, between the decline of the Roman empire and the lightening of the Dark Ages. Jestyn Englishman, an orphaned shepherd, is sold as a slave to a Viking raider, Thormod Sitricson; he and Thormod become friends and comrades-in-arms, When Thormod’s father is accidentally killed, Jestyn becomes caught up in a blood feud — a quest that takes the two friends to Kiev and Constantinople, where they enlist in the service of Khan Vladimir… and seek revenge. Although written for children, Blood Feud is morally complex: though loyal to his Viking blood brother, Jestyn vacillates between Christian and pre-Christian notions of honor, and the best path to an after-life.