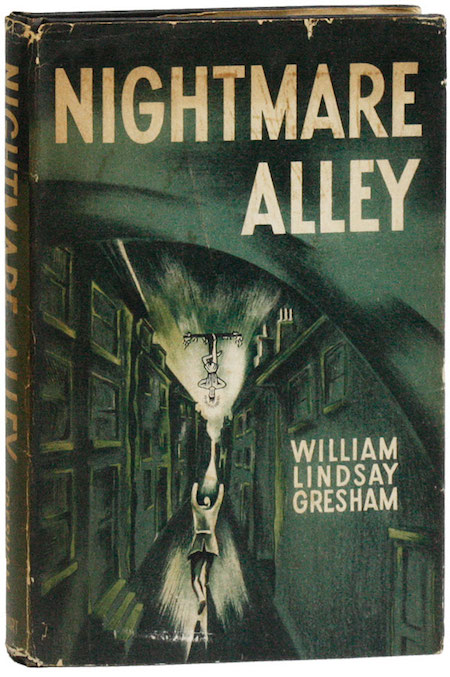 When card-magician Stan Carlisle joins a second-rate carnival staffed with hustlers and grifters, he wonders where the freak show’s chicken-biting geek came from. As it turns out, a geeks usually begins as an alcoholic bum who pretends to drink chicken blood… but eventually the carnival’s owner coerces him into actually biting the chickens’ heads off. Carlisle and a beautiful carnie, Molly, leave the carnival in order to perform a psychic act on their own… until Stan decides to offer séance sessions with Molly as his medium. Stan then falls under the influence of Lilith, an unscrupulous psychiatrist, who persuades him to con a wealthy tycoon who longs to reconnect with his deceased sweetheart. Eventually, Stan is desperate and broke — and he winds up at a carnival… where there’s an opening for a geek.

Fun fact: Gresham attributed the origin of the story to conversations he had with a former carnival worker while they were serving in the Spanish Civil War. The book was adapted into an excellent 1947 movie, starring Tyrone Power and Joan Blondell.