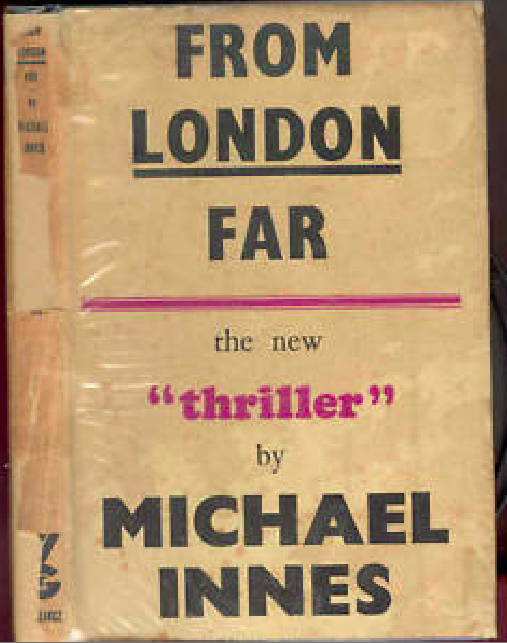 In war-torn London, Richard Meredith, a mild-mannered scholar of classic literature, absent-mindedly murmurs a phrase that sounds like a smuggler’s password… so he is ushered into an underground warehouse storing an incredible collection of stolen art treasures. Thus begins one of Michael Innes’s more fanciful yarns — a sardonic inversion of John Buchan’s oeuvre. Instead of going to the police, Meredith pretends to be a member of the smuggling gang, helps a kidnapped young woman escape from them, in an exciting chase along London roof-tops, then follows a lead to an isolated Scottish island, where a castle houses foreign agents. They escape from a sinking submarine… at which point the action leads to a Hearst-like mansion in California, the owner of which is the purchaser of all the stolen art works.

Fun fact: Michael Innes was the pseudonym of John Innes MacKintosh (J.I.M.) Stewart. Graham Greene credited Innes’s The Secret Vanguard as his inspiration for his own The Ministry of Fear… but I detect a connection with this novel, as well.