The Odd Couple, like its warring-roommate characters, was a franchise that landed on the popular consciousness’ doorstep in the middle of the American Century and never left, recurring as a mythic meme of mismatched personalities and perspectives. When it resurfaced as a new CBS sitcom, Adam McGovern looked at a less-remembered level on which the show’s defining 1970s iteration struck a chord with the way the modern mind works. With that new series’ first set of episodes concluded, he reflects on how a later era’s social obsessions shape the show and relate to what came before.

ALL INSTALLMENTS
Attention needn’t be paid 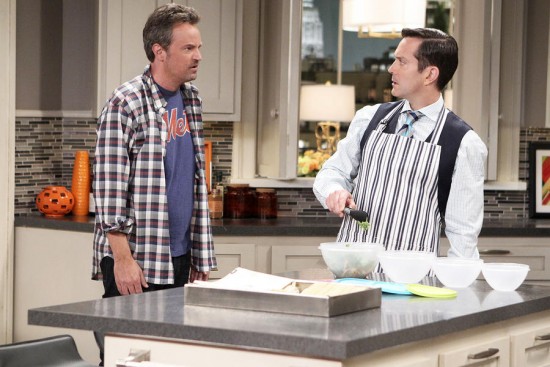 For a comedy about personalities, the original Odd Couple TV series did not have a lot to do with inner life. That makes sense; psychological investigations were a culture-shock for the can-do postwar American character; how we looked outwardly to the society we were supposed to conform to was the more prominent concern. Oscar and Felix were a parable of putting up with each other’s individuality; society adjusts to strong outer expressions of our inner makeup, be it learning to live with each other or falling in line with a single leader. So, while the 1970s series played with the underlying, then-mostly-unspeakable implications of the characters’ bond as a gay relationship (“Why won’t you go [to a ballet recital],” Felix asks Oscar; “Because there’s a stigma attached? I’m going”; “That’s the stigma,” Oscar replies), it was mostly about what traits would work out to be dominant in a social dynamic — thus, the preoccupation with who ends up famous, on top of the social order. In the previous parts of this series, we examined Felix’s mania for a renewable fifteen minutes of fame, his compulsion for a media prominence that would be a lot more achievable and commonplace in the following century. Interestingly, the version of the show that has arrived in that century barely notices that impulse.

Debuting in early 2015, the Odd Couple with Matthew Perry as Oscar and Thomas Lennon as Felix is, at last, not about outward persona but true identity. Not only are the characters (and their caricatured traits) vividly distinguished and richly textured, and the gay subtext made a supertext in an era when such shadings are embraced and acceptable rather than concealed. But the battle for attention is long past and won. In this version Oscar, a sports podcaster streaming from his high-end Manhattan apartment bedroom, lives in his own show; the front room has a bank of TV screens and a sports-news ticker he can monitor (and which Felix can sometimes hack with messages nagging him). Felix joins Oscar’s secretary/keeper Dani at one point to prep Oscar for a TV talkshow appearance, though not to magnify his ego but to adapt him to real life; he’s coming from behind the veil of a solitary podcaster. Even when Dani then decides to take some of the list of inane catchphrases she’s prepared for Oscar and keep them for her own use, she’s fashioning a social skillset for herself, breaking them out in bars rather than storing them to attain any media profile. When Felix discovers that a sports star Oscar is ghosting a quickie book for is also a frustrated poet, and decides to cultivate that side of him with the expected disaster ensuing, he is looking for a companion, not an audience — on this show as in contemporary life, everyone is monitoring their mobiles to see who’s not spending time with them or what their ex might be thinking this minute, but the quest is to be accepted, not applauded. 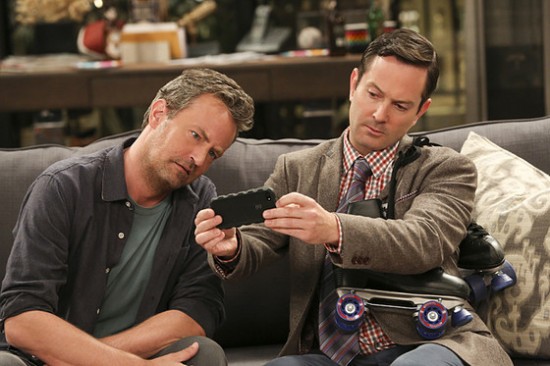 In an episode in which two of the most conspicuous of celebrity guests make an appearance, each disappears into a character because character has taken center-screen. “Weird Al” Yankovic plays a cranky whiner in Felix’s yoga class and Regis Philbin is a flasher mourning his glory days in a city where everyone’s absorbed in their (wait for it) small screen. The latter lament happens on a subway train that Oscar and Dani have gotten stuck on; a compulsory closeness, and encounter with physicality and personality, in a New York that Oscar characterizes as “a melting pot of people who are too crazy to live anywhere else.” Felix assumes a role as a historical cosplayer in one episode where he is obsessed with portraying one of the anonymous eccentrics of Ellis Island-era New York; this is done for schoolkids in one-on-one micromedia, while in the parallel plot Oscar blows several dates over anxiety about his predecessor. We’re moving toward that rare season finale that actually contains a moral, as Oscar’s would-be gf walks out and Felix is stripped of his fake immigration-inspector’s uniform for going off-script; we’ve learned “the dangers of comparing ourselves to other people,” Felix reflects. But in the actual final episode of the first year, the Odd Couple benefit from the personality traits they realize they’ve imprinted on each other — “Maybe he’s a better wife for you than I was,” says Oscar’s approving ex.

Everyone in the audience has to silence their messages and watch this show at some point, and its characters are bumped from behind their own screens to deal with each other — and with Oscar’s exuberantly unmasked self-delusions about his laziness, inattention to health and obsessive womanizing; Felix’s helpless awareness of his controlling, superior impulses; various neighbors’ and coworkers’ merry marital misery and laugh-getting frustrated career goals. It’s this unpeeling of what can’t be talked about but might be joked with that makes the franchise so adaptable; all the way back to Neil Simon’s original it cast an amused and un-judging eye on the cultural moment, and the current Odd Couple’s characters play out their foibles in a context of yoga and veganism and crafting and high-end consumer toys and all the other traits which we define ourselves by but, god knows, don’t necessarily get admired for — again, the personal superseding the prominent. Like the classic version, the new Odd Couple is one of the funniest shows of its decade and rewards its audience’s intelligence like few other network productions; even more so than its predecessor, it’s coming through your TV or tablet to tell you you’re alright the way you are.