Need a last-minute holiday gift for an apocalypse-expecter in your life? HiLobrow urges you to buy a copy of our friend Annalee Newitz’s 2013 book, Scatter, Adapt, and Remember, which looks at the science of mass extinctions and comes away hopeful. 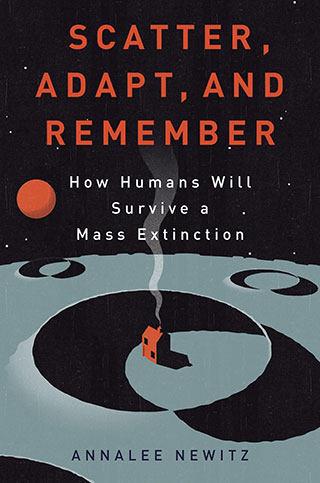 In its 4.5 billion–year history, life on Earth has been almost erased at least half a dozen times: shattered by asteroid impacts, entombed in ice, smothered by methane, and torn apart by unfathomably powerful megavolcanoes. And we know that another global disaster is eventually headed our way. Newitz asks: “Can we survive it? How?”

PS: In 2010, HiLobrow published one of Newitz’s first science fiction stories, “The Great Oxygen Race.” In 2012, she wrote a post for us about how Spock is better than Kirk. And she wrote the introduction to HiLoBooks’s 2013 title The Clockwork Man, by E.V. Odle.