HILOBROW’s friend Sheila Heti recently published an article in The Globe and Mail about why publishers should market the great classics of literature to teens, not adults. She asked Douglas Rushkoff, Flourish Klink, Shelley Jackson, and several other writer and artist friends of ours to reveal which books moved them most strongly as teens. She couldn’t use all their responses in The Globe and Mail story… so we asked her if we could publish the rest. Here they are! 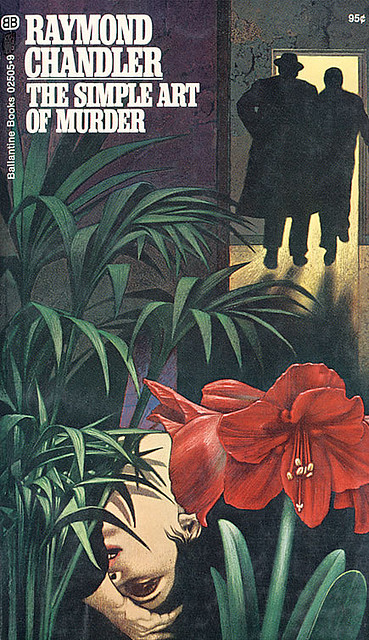 LEE HENDERSON
author of The Man Game
When I left home at nineteen, I stole my parents’ pocketbook copy of Raymond Chandler’s The Simple Art of Murder, and it is right beside on me on my desk. All through my childhood I tried reading my parents Chandler’s novels, but it took years before I started to make sense of what else they liked so much about his writing besides the funny similes he used to describe a person. In grade nine, Chandler’s essay on writing made sense to me immediately, not the words so much as the fact he was a man, a real person making a living as a writer. For the first time while reading a book I saw an image of an author thinking up a story as being separate from the characters on the page. And the four lurid short stories also included in this book were just the right length for thirteen-year-old me to comprehend the existential arc. There were others, but this one was a doozy. 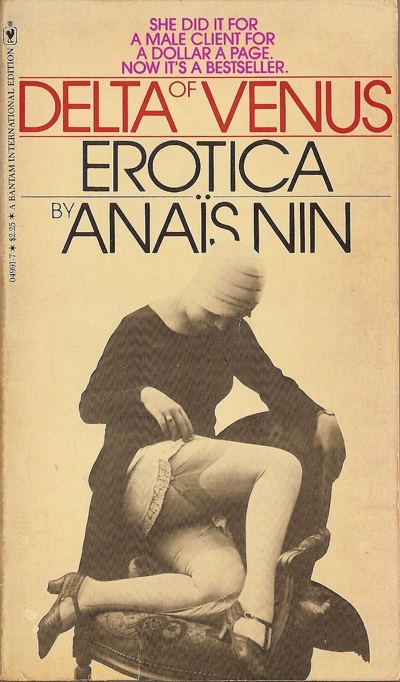 MOLLY CRABAPPLE
illustrator for Marvel Comics, The New York Times and elsewhere
The Handmaid’s Tale, silver age Russian poetry (Tsvetayeva, Akhmatova), 1984, Peter Pan, and Delta of Venus which I got from the thrift store. I lived near a thrift store that sold paperbacks for a dime, and got much of my education that way. 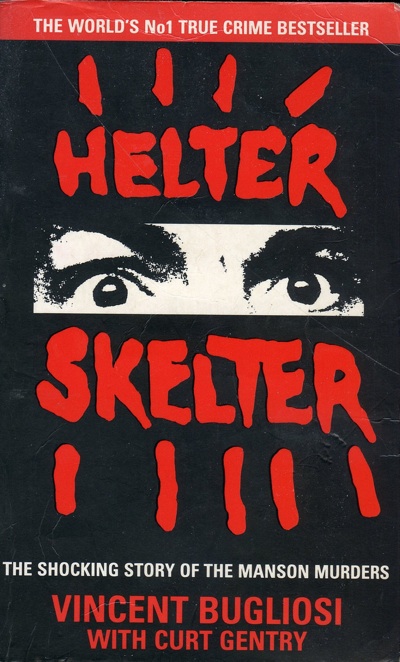 DAVID BEZMOZGIS
author of The Free World
I have almost no recollection of what I read at any specific point in my teenage years. Leon Uris’s Battlecry a couple times, I think — a paperback my mother would have bought at a garage sale for a quarter. And Helter Skelter when I was 15, by Vincent Bugliosi about the Manson family murders. It was the late 1980s and my friends and I were all hooked on the sixties then. I remember the title only because I mentioned it in my junior high yearbook. 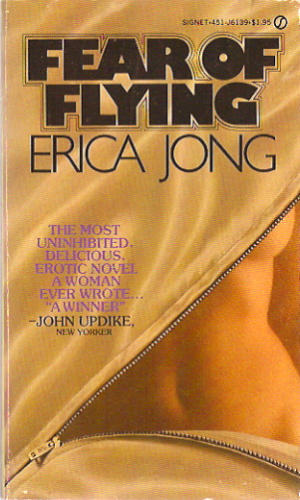 TAMARA FAITH BERGER
author of Maidenhead
For me, some of the memorable books were Erica Jong’s Fear of Flying and Xaviera Hollander’s The Happy Hooker. (Found at a friend’s house.) I read Fear of Flying with a friend when I was twelve or younger and we tried to understand the “zipless fuck” and why the main character had a husband she didn’t love. I wish I had been more exposed to literature when I was younger that experimented with form. 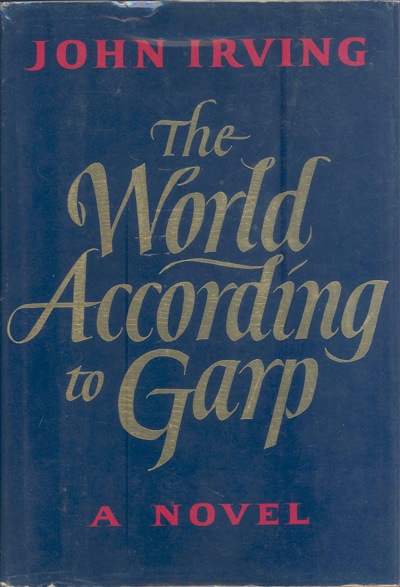 KIO STARK
author of Follow Me Down
I read John Irving obsessively at that age, like I would finish one of his novels and just start over at the beginning again, I think because I was attracted to the utter messiness and complexity of the intimate relationships in his books, and how ordinary he made that messiness seem. Lots of Vonnegut. Fitzgerald, which I found just stunningly beautiful — and then also the thing about the messiness of being a person. I also read Fear of Flying. Oh, the Zipless Fuck. It was kind of amazing to go through adolescence understanding the difference between sexual fantasy and sexual reality, seamlessness vs. messiness again. 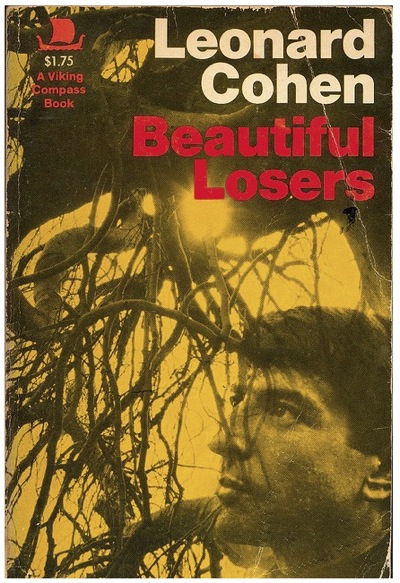 ANDREW KAUFMAN
author of The Waterproof Bible
Everybody’s got that English Teacher and mine gave me Beautiful Losers in Grade Twelve. Changed. My. Life. For everyone instantly concerned that Leonard Cohen’s bizarre masterpiece has too much S-E-X for the hands of a teenager, let me say two things. 1) Relax and admit it — those kids are having more sex right now than you are, and 2) they’re about to hit their 20’s where they’ll be having more sex than at any other time in their lives. It’s for both of these reasons that I also suggest Miller’s Tropic of Cancer and Bukowski’s Post Office. Best we get this wordy machoism into them now, so that it can act like a vaccine. Otherwise they’re just going to read them when they’re 23 and it’ll become a lifestyle. 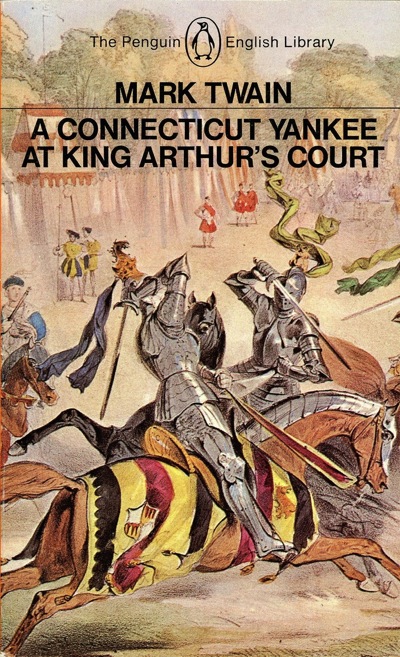 DOUGLAS RUSHKOFF
author of Program or Be Programmed
Connecticut Yankee in King Arthur’s Court. I had no idea who Mark Twain was, or anything. I picked it because it had the most pages of any book in the fiction section. So I thought it was science fiction, which I guess it was, but then my head got all turned upside down by the social/political satire parts. Sondheim, Sheldon Harnick, Noel Coward. I was weird. Also contemporary “drama” like Albee’s Whose Afraid of Virginia Woolf. Thornton Wilder. Arthur Miller. 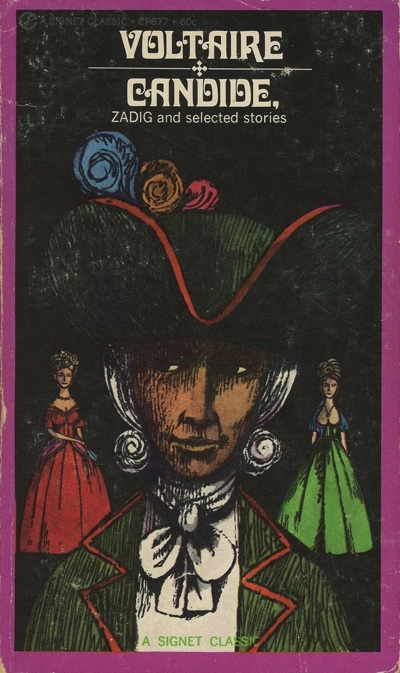 KARINNE KEITHLEY
writer, visual artist, musician
At fourteen, I got my first job in an ice cream/sandwich shop, and on Sundays we’d get our weekly tips which I would take down the street on my lunch break to Heinzelman’s book store, where he helped me pick out a new book every week. I don’t remember everything of what Mr Heinzelman pointed me to, but I do remember that he got me to read Voltaire’s Candide, which I loved and was really important to me then. I was probably more like 15 or 16 when I started reading Herman Hesse, but he kind of defined my teenage reading, especially Demian. Also a lot of Vonnegut. Breakfast of Champions has stuck with me forever. 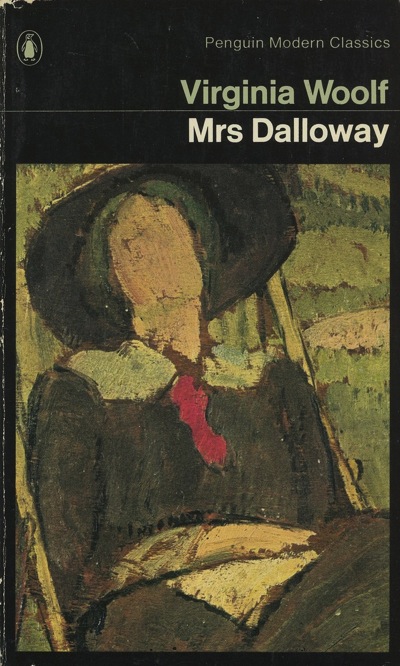 FLOURISH KLINK
Chief Participation Officer of The Alchemists Transmedia Storytelling Co.
Virginia Woolf’s Mrs. Dalloway totally blew my mind. So did Sylvia Plath’s The Bell Jar. They sort of gave me a narrative of the person I was going to become in college, which I wasn’t finding anywhere else. I wanted to know about women from the past because I had this really strong sense of history repeating itself, and I also had a really strong sense that at 14 I was an adult. 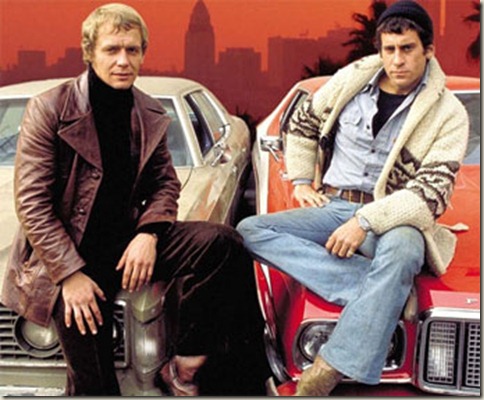 KENNETH GOLDSMITH
author of Uncreative Writing
I didn’t I read anything at that age. I just drew pictures, watched TV, and ate Chinese food.